Bask in the Songwriting of Rosanne Cash at MIAC 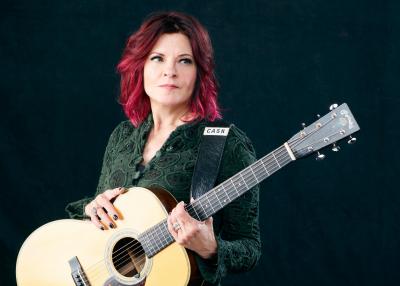 Join one of country's leading ladies in a full band performance at Mercyhurst's Mary D'Angelo Performing Arts Center. Rosanne Cash, daughter of the legendary Johnny Cash, arrives just after the release of her most recent album. She Remembers Everything is a follow-up to 2014's critically acclaimed The River & The Thread, which capped off a trilogy of records that explored the songwriter's "southern roots and family heritage."

"Four decades after releasing her first record, Rosanne Cash is at the top of her game," says Brett Johnson, director of the Mercyhurst Institute for Arts and Culture.

She Remembers Everything has been lauded for its sense of urgency and for its intimate and relatable lyrical content. Forget country music; this is essential songwriting, end of story. The record was produced by John Leventhal and Tucker Martine, who have worked with artists such as The Decemberists, My Morning Jacket, and Mavis Staples. She Remembers Everything details the world women are facing in 2019, and it doesn't shy away from how tough that can be.

"There is a woman's real life, complex experiences, and layered understanding in these songs," Cash says about the album.

Cash is currently collaborating with Leventhal yet again, this time on lyrics for upcoming musical Norma Rae. With four Grammys, 11 number one singles, and 15 albums under her belt, Rosanne Cash brings an impressive stage performance to Erie that you will not want to miss. — Aaron Mook

by Amy VanScoter10 hours ago
A thought-provoking exploration of love, memory, identity, and illusion