The talented sextet of hirsute hooligans may not hail straight from the Emerald Isle, but you couldn't tell from the group's high-energy Irish jams.

by Alex Bieler
View ProfileFacebookTwitterInstagramGoogle+RSS Feed
February 4, 2015 at 6:20 AM 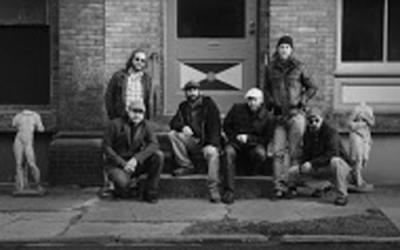 Friday the 13th isn't normally associated with good fortune, but local rock fans will be treated to the luck of the Irish thanks to Sherlock's. The kind folks at the State Street venue won't be hosting black cats, smashing mirrors, or forcing patrons to walk beneath ladders on the accursed date, but it will welcome in a few axe men (and other musicians) in from Pittsburgh.

Celtic-punk troupe Bastard Bearded Irishmen will return to Sherlock's Friday, Feb. 13, the first time the Pittsburgh-based band will be back in The Gem City since fall of 2014. The talented sextet of hirsute hooligans may not hail straight from the Emerald Isle, but you couldn't tell from the group's high-energy Irish jams, a blend of traditional sounds and roaring punk rock that create an appropriate backdrop for songs of booze, pretty ladies, and more booze (these are bastard bearded Irishmen, after all).

Not convinced yet? Bastard Bearded Irishmen have some strong support from the Steel City, having been voted the Best Rock Band in Pittsburgh by the readers of Pittsburgh City Paper in 2012, 2013, and 2014, an impressive three-peat.