This Chicago trio's debut is worth checking out

by Nick Warren
View ProfileTwitterInstagramRSS Feed
February 26, 2020 at 10:00 AM 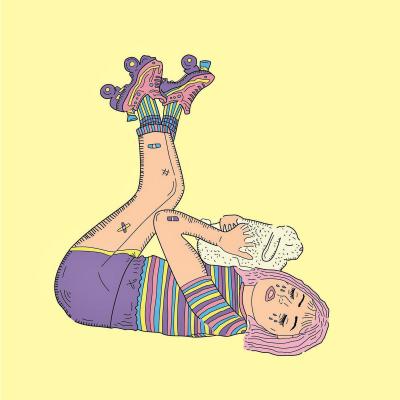 Instantly charming and indelibly catchy, Beach Bunny's Honeymoon is a debut worth checking out. Released just a week prior to Best Coast's relatively forgettable fourth album, Beach Bunny recalls the magic that brought us to the ocean in the first place so many years ago. There's a youthful exuberance alive in every one of Honeymoon's sparse nine tracks. Perhaps the Chicago trio is actively aware of their clientele's diminishing attention spans, as the album's 25 minutes is contained nearly perfectly. Singer and guitarist Lili Trifilio's voice is one of the bright new examples in power pop and indie rock, both endearing and emotive and the perfect millennial mix of sardonicism and earnestness. Perhaps best exemplified by tracks like "Rearview" and "Racetrack", Trifilio goes unaccompanied for the majority of the song before her band comes in at the key moment. Even though you have cuts that smack of "Stacy's Mom" ("Ms. California"), the vast majority of hooks hit hard and effectively. Tracks like the almost incongruous bookends of "Cuffing Season" and "Dream Boy," define the record, where Trifilio embraces her own independent spirit and a longing for a spirit less tangible.