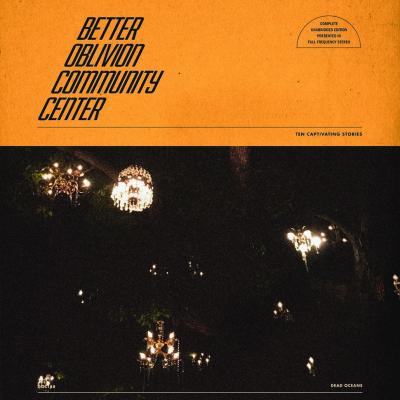 After lightly dancing around each other for the past few years, Conor Oberst and Phoebe Bridges have teamed up, and it's beautiful. Bridgers opened up for Oberst — known to many as the man behind Bright Eyes, Desaparecidos, and numerous other projects — in 2017. Shortly thereafter, she released her astounding debut album Stranger in the Alps. One of the most memorable moments came with "Would You Rather," a duet between Bridgers and Oberst, laying the groundwork for this album. Even for close followers of the artists, this album came as a surprise, following their unheralded performance of "Dylan Thomas" on The Late Show with Stephen Colbert. The blend of their voices is artful and almost perplexingly perfect. Neither artist overpowers the other, and the sound is a median of their alt-country and indie rock sounds. Despite both singers having a reputation for deep melancholy, that doesn't cancel out other feelings. There are the synth-heavy choruses to "Exception to the Rule," and the fuzzy '90s -esque alt-rock of "My City" just to name a few — but don't worry, there's still room to wallow. — Nick Warren