Between Erie and Me 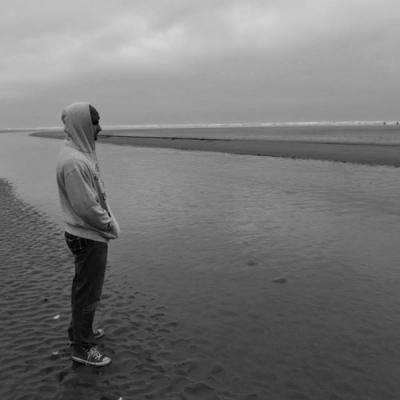 Erie has the fourth highest percentage of its population diagnosed with depression in the country. More than 300 million people in the world suffer from depression, and I am no exception; I have dealt with mental illness since I was just a child at the age of 12. Nearly half of those diagnosed with depression also face anxiety disorders and panic attacks. That's where it started for me.

Throughout my childhood I was impacted by anxiety with the most intense, crippling panic attacks. I would describe panic attacks as having the physical symptoms of stomach flu, a heart attack, a hot flash, and breathing through a straw simultaneously, all while your brain thinks it's being chased by a grizzly bear ready to eat you — when in reality, you're nervous about going to a party. Panic attacks can become so severe that if the person does not know what is going on, they might believe they are having a heart attack or stroke and end up in the hospital, only for the doctor to find nothing physically wrong with them. In high school, I struggled going out to eat, being in class, or traveling in the car for extended periods of time. In college, I was on the track team and we would travel 2-3 hours for meets. All the while, I clenched a bag full of things such as mints, Advil, Pepto-Bismol, or a water bottle in my lap just in case I had an anxiety attack. But by college, that just became the norm. I loved college. I loved where I was at in college. I had great grades, teammates I could call family, and a girlfriend. By junior year, I had won conference championships in the heptathlon. There were high expectations for me to go to nationals my senior year and break the school record.

During the summer, going into senior year when I was 21 years old, I was blindsided by depression. It's a slow process. At first it sank into my skin, with things like hanging out with my friends suddenly seeming pointless. But then depression reached my bones; I couldn't get out of bed. I couldn't reach for a glass of water or feed myself. Hell, I couldn't even change my clothes. Finally the infection reached my heart, and every moral and passion I ever had was vacant. It's during this time when the unthinkable is possible. I couldn't get to track practice. I skipped my classes. Like so many others, I drank my pain away. I quit the track team. I thought I was going to have to drop out of college just two semesters away from graduating.

I was scared to lose my life. I remember sitting outside of class waiting to take an exam, deciding if I should go to class or turn out the door and drive myself to the hospital. A piece of my brain was stolen from me. I was sure of it. With the incredible support of family and friends, I survived. I survived and was lucky enough to not be a part of the 800,000 people who take their own lives every single year. That's the population of Erie more than eight times over. I still graduated on time, but along the way lost my last year of track and the chances of going to nationals, something I can never get back.

Do I regret my depression and feel like the last few years were a waste of my life? Absolutely not. Those experiences, the darkest, loneliest times are what molded me into who I am today. Without my experience with mental illness, I don't think I'd have half the courage I do now. Mental illness has helped me realize how beautiful life is, and how to completely get lost in its simple joys. That smell of a hot cup of coffee in the morning, laughing hysterically with friends, putting my phone down and having dinner with my parents, reading a book that made me feel something — if I had been comfortable, maybe I would have missed these things. If I would have had it easy, maybe I wouldn't have become so passionate about life. If anxiety didn't allow me to feel everything at once, maybe I wouldn't have as much empathy for others as I do now.

These illnesses are terribly misunderstood. As a culture we have blurred the line between someone's character and someone's disease. As a result we have created stigmas that are preventing people from getting the help they need for a potentially fatal yet highly curable illness.

What other disease in modern times has been turned into such a phantom because of ignorance? What can fly under the radar and cause so much damage without being properly diagnosed or recognized?

Depression was named the largest disability worldwide by the world health organization. Yet still, those of us afflicted with depression feel the need to lie to our bosses, our significant others, and our families. We do this because we're afraid they'll think we will never be able to contribute to society again. I lied to so many people. I made up so many excuses because I was embarrassed and ashamed.

What other disease in modern times has been turned into such a phantom because of ignorance? What can fly under the radar and cause so much damage without being properly diagnosed or recognized? If I could give someone who has never been through mental illness one piece of advice, it would be this: don't try to understand it. You don't need to. Don't avoid the conversation because you don't have something profound to say. The greatest thing you can do is just show up. The people who made the largest impact on me while I was struggling had absolutely no idea what depression was. They just trusted me that it was real and took me seriously. The first step to saving people's lives from depression is making the topic of mental illness casual enough to talk about around the dinner table.

Personally, the largest myth for me to hurdle was that of antidepressants. Like a lot of people, I was extremely skeptical of medication. Eventually, I didn't care anymore. I had to weigh the pros and the cons. Could the medication be possibly more damaging to my body and life then what I was putting myself through without it? I couldn't imagine so. Or was taking medication going to be like putting on a set of glasses for the first time, seeing things with a clearer vision, only realizing how bad the quality was prior to that. I can honestly say that taking the medication was the first time since becoming depressed I felt like myself again. I had no idea it was possible to become as mentally clear as I am now. Before, I was convinced that I was simply a pessimistic person with constantly jumbled, racing thoughts, and that's just who I was. I have my life back; I can start to work on relationships again and trust myself to make rational life decisions again. But please do not misinterpret this as being a magic solution. From my experience, the best treatment has been a balance of therapy, medication, fitness, diet and meditation. Antidepressants still have a long way to go and not everyone reacts to them in same way. For now, it's a step in the right direction. I still have issues just like everyone else — but that's it, like everyone else. How relieving is it to be irritated about a bad day at work without feeling like your entire world is coming down forever? Irritated like a healthy person should be. 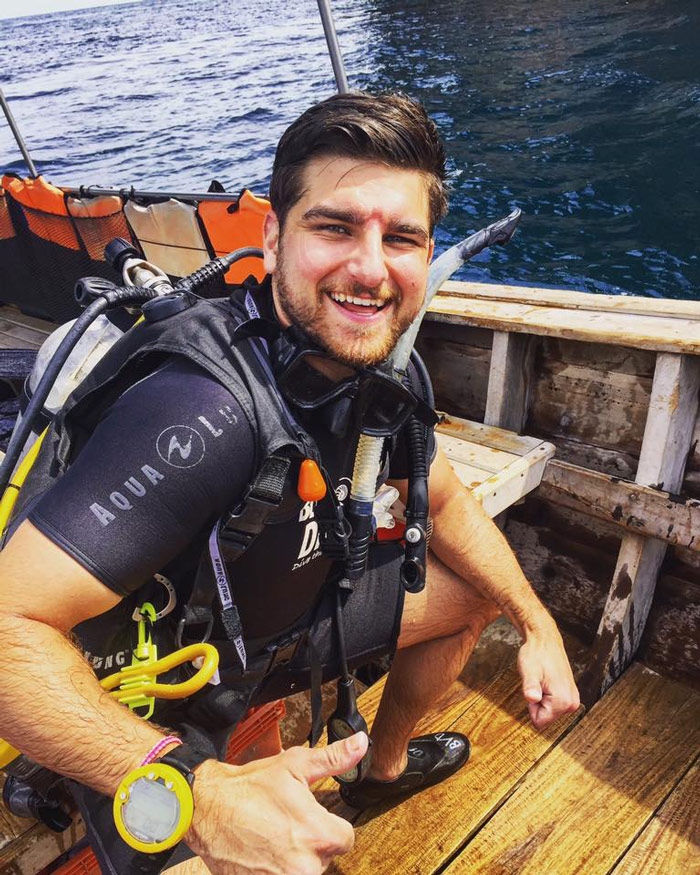 At the end of the day though, you can have the best medication, therapists, and support system in the world but if you don't want to help yourself, you will never get better. I had to fight to get better. I had to want it more than anything in life. I had to put aside relationships, jobs, and everything else. My mental health had to come first. The perfect girlfriend or dream job wasn't going to fix me. I had to fix me. I had to trust myself that if I put my health first, the rest would come on its own — not the other way around.

There was a workout we had once a year in college track called the 200 challenge. The workout isn't over after a given time; it's over when you either stop making the minimum pace, or give up. I ran that workout. I was the last athlete left and not because I didn't make pace. I ran 19 laps until I literally hyperventilated and collapsed to the floor. The last thing I remember saying is "I can't see." My coach asked me how the hell I ran for so long. I said, "I've been here before."

Derick Fiedler can be contacted at djf4506@gmail.com