by Nick Warren
View ProfileTwitterInstagramRSS Feed
May 22, 2019 at 9:30 AM 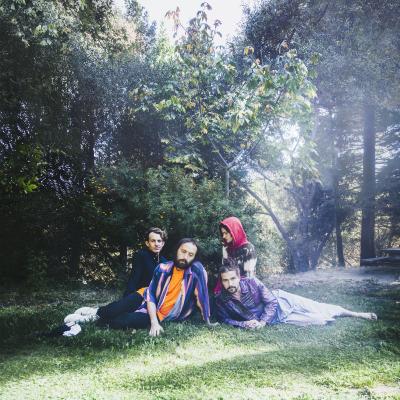 The are moments during the final minute of the opening track "Contact" when you're thrown for a bit of a loop. A scream from singer songwriter Adrienne Lenker comes in, followed immediately by a caustically fuzz-laden guitar riff, and the two are virtually inseparable. Recorded in a studio-turned-barn perched on the rural outskirts of Seattle proved ultimately effective, a handcrafted folk tone permeating through the album as a whole. Somewhere right below that timbre however, is a soul-shattering intensity. This tempered darkness should come as no surprise to those already familiar with the Brooklyn-based quartet. Their debut album Masterpiece and their sophomore follow-up Capacity gradually built up to this album, arguably their best. Lenker's lyrics, while being almost deceptively simple, have an arrestingly mystical aura about them. Intent listeners are able to craft moving storylines out of songs like the titular track (the last "F" standing for "Friend," according to the band). Musically, it's subdued, filled with ethereal chimes, a majority of the songs being marked by rhythmically similar fingerpicking patterns. It's a simple sound and a somber rumination, a haunting lullaby made into a beautiful record.