An album that is truly out of this world 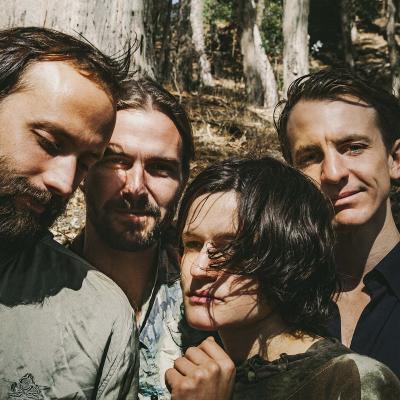 This is a big year for Big Thief. One day this summer, a strange package came. It was plainly folded cardboard maile with no return address and no markings to give any clues. Chancing fate, I opened it. It was about the thickness of a vinyl shipper, after all. I found a mysterious unmarked white label seven inch, the blank test press-looking record yielding no further clues. I of course immediately threw it on my turntable to hear what was on it. I heard a familiar voice that sounded like Adrianne Lenker, and though I tried to search the lyrics online, nothing came up. By the next day, a few like-minded recipients had confirmed that it was indeed from Big Thief. The A-side of that seven inch was a track called "Two Hands." It wouldn't be until Oct. 11 that I would hear that again (the date etched into the vinyl), this time as the title of the band's newest album. Coming just five months after U.F.O.F (whose pre-order had initiated the mysterious package in question), this is stated to be the "earth twin" to its extraterrestrial sibling. Though they're clearly bookends, both of these albums stand easily on their own and are both things any fan of indie rock needs to hear in 2019.