by Alex Bieler
View ProfileFacebookTwitterInstagramGoogle+RSS Feed
August 20, 2014 at 7:00 AM 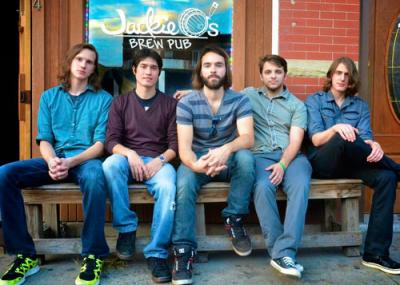 Music fans can feel like royalty at the King's Rook Club at the end of August – that is, if your idea of royalty is participating in killer shows on back-to-back nights, with Chrome Moses and Daybreak Radio performing Friday, Aug. 29 and The Burning River Ramblers taking the stage Saturday, Aug. 30.

Pittsburgh trio Chrome Moses specializes in pumping out brawny rock 'n' roll with a bit of soul, as lead singer Joe Piacquadio vocals rise above a bevy of hard riffs and crashing drums. While Chrome Moses is electric, local quartet Daybreak Radio has an earthy quality to them, providing a no-frills fusion of Americana and Southern rock.

If you still need more musical goodness after Friday's show – and who could say no to another great concert – Cleveland's The Burning River Ramblers will highlight Saturday night's festivities. The Ohio quintet blends elements of folk, reggae, and college rock into in free-flowing sound that helped the band place 37th out of a whopping 12,000 bands in the Hard Rock Rising Competition.

Three distinct styles of rock 'n' roll will be on display at the King's Rook over the course of two days, a one-two punch that can leave your ears ringing and yourself smiling for the rest of the week. – Alex Bieler