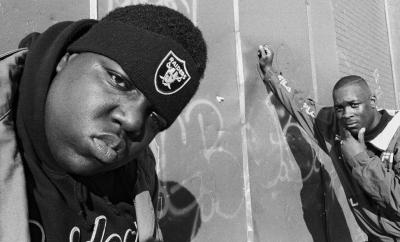 The Notorious B.I.G. is arguably one of the greatest — if not the greatest — rappers in hip-hop history. Although his untimely demise in 1997 left many fans in shock, his music remains timeless. With two multi-platinum albums, a posthumous release with rare and unreleased verses, an unorthodox cadence, and one of the biggest feuds in music until this day (his coastal rivalry with the late great Tupac Shakur), the Brooklyn emcee's legacy lives on in every barbershop conversation and old school playlist made by those who were witness to his greatness in the mid to late '90s. Born Christopher Wallace, B.I.G.'s impact on the rap game has led to many tellings of his life story, including a 2009 biopic titled Notorious.

This year, Netflix released Biggie: I Got A Story To Tell, the latest documentary on the icon. The Emmett Malloy-directed special is packed with interviews of those who knew Biggie best, including his childhood friend D Roc, P. Diddy (formerly known as Puff Daddy), widow Faith Evans, and of course Biggie's mother Voletta Wallace. The film is chock full of rare footage intertwined with unheard stories that will undoubtedly make you miss the slick-talking artist a little bit more, and appreciate his artistry like never before. Both melodramatic and lighthearted, I Got A Story To Tell reminds you why Biggie was such a special being, reliving his journey through a different lens. Following him from the street corner to the stage, the documentary goes into detail about the rapper's mindset and success while showing you sides of him that you never knew existed. Even if you're not a Biggie fan, or a fan of hip hop at all, this film is a great watch and conversation piece. — Charles Brown