by Nick Warren
View ProfileTwitterInstagramRSS Feed
June 19, 2019 at 10:00 AM 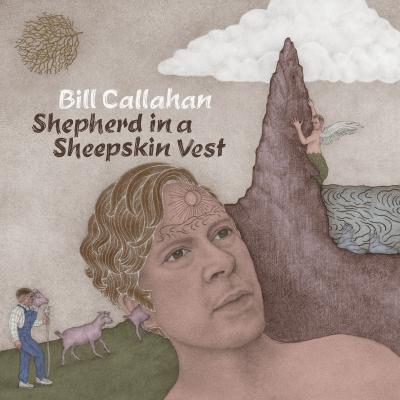 With an almost unnervingly stripped-down palette, Bill Callahan is able to paint a minimalist folk picture that's all his own. The Maryland songwriter is not a new artist by any means, though as Shepherd in a Sheepskin Vest continues to gather attention, new fans will no doubt flock to his discography and back catalog. From 1990 to 2005, Callahan released 11 albums under the moniker Smog, with a more experimental indie sound. Following 2009's Sometimes I Wish We Were an Eagle, Callahan had arrived at his current sound, the sophomore effort under his own name. His is a subdued, literate (and occasionally humorous) brand of songwriting, perfect for fans of Mark Kozelek (Sun Kil Moon), or Fred Thomas. It's a very personal technique that feels effortless and lackadaisical, built upon decades of practice. At times it feels navel-gazy, with tracks like "Writing" (on its surface about … writing), and perhaps it is. Callahan's deep vocals waver, sometimes soothing and other times filled with tension, often within the same line (listen to tracks like "Morning Is My Godmother"). Coming in at 20 tracks in over an hour's time, it's an undertaking, but a satisfying one. — Nick Warren

Bill CallahanShepherd in a Sheepskin Vest