Billie Eilish // When We All Fall Asleep, Where Do We Go? 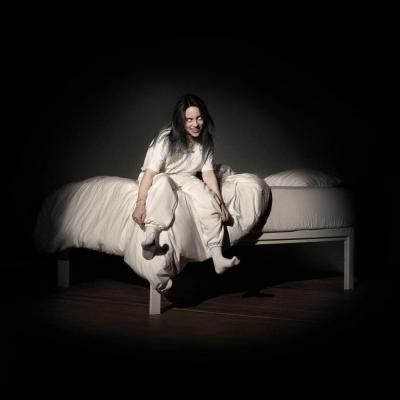 At 17, Billie Eilish has the biggest album in the world right now, a fact that's both impressive and, to a point, increasingly common. An immediate disciple of the likes of Lorde and Tyler, the Creator, Eilish splits her full-length debut between smoky slow-burning ballads and ASMR-level voice experiments over minimalistic, Yeezus- beats. Taken as a whole, the latter always tend to shine through, with singles like "bury a friend" and "bad guy" showcasing the performer's knack for diversity and bass-heavy, distorted hooks. The flamboyantly titled When We All Fall Asleep, Where Do We Go? earns its reputation as a highly anticipated and eclectic album, without a doubt, but it is not without its growing pains. While the gorgeous pre-release track "when the party's over" floats along on a pleasant whisper, the immaturity of a song like "wish you were gay" follows in the unfortunate footsteps of Katy Perry's "Ur So Gay," proving that the young prodigy still has plenty of time to grow both as an artist and an individual.— Aaron Mook

by Aaron Mook7 hours ago