Blade Runner Still Packs a Punch in Spite of Its Imitators 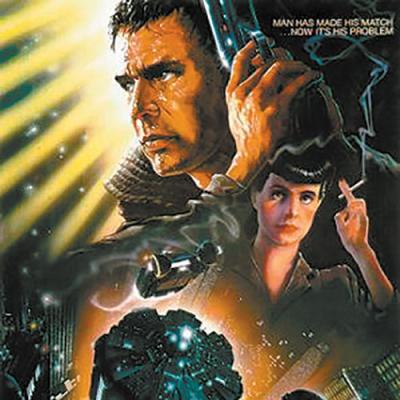 If you take a film appreciation class, one of the first phrases you'll learn is mise-en-scéne. In a nutshell, it's a French term that accounts for the elements that go into a scene before the cameras start rolling – things like costumes, lighting, sets, and props. The stuff that sets the mood before the story propels into action.

Mise-en-scéne helps to explain the enduring popularity of Blade Runner, Ridley Scott's 1982 sci-fi classic, which the Erie Art Museum will screen July 15. It's not the most thrilling space opera on film – star Harrison Ford did more rousing work in the Star Wars franchise, and director Ridley Scott's previous film, 1979's Alien, generates far more suspense. But Blade Runner has become the gold standard when it comes to atmosphere, with its shadowy, rain-soaked sets, post-punk visual aesthetic, and dystopian vision of the future.

Blade Runner's visual language has been mimicked by virtually every major action-oriented release for at least two decades.

Though Blade Runner stars Ford, the sarcastic charisma of Han Solo is brushed aside in favor of quiet disillusionment. Ford plays Rick Deckard, a morally ambiguous ex-cop hired to execute a gang of bio-engineered androids known as "replicants" – beings who not only look identical to humans, but have begun to develop complex emotional psyches as well. Deckard is the kind of brooding protagonist familiar to the film noir genre; he's much closer to Robert Mitchum or Humphrey Bogart than he is to Buck Rodgers. Furthermore, Blade Runner mobilizes many of the plot points familiar to hard-boiled detective stories – mistaken identities, femme fatales, insurmountable institutional forces. The stuff that makes movies like Touch of Evil and Chinatown hold up so well, many years after release.

If your film tastes lean more toward the 21st century rather than the 20th, you'll recognize many of the themes on display in Blade Runner. Its visual language has been mimicked by virtually every major action-oriented release for at least two decades, consider the Batman franchise, or the Riddick franchise, or the Sin City franchise, or any number of forgettable murder mysteries in which it never seems to stop raining. The film's concern with artificial intelligence and the nature of human consciousness was explored quite thoroughly in the Battlestar Galactica series of the mid-aughts, not to mention more recent films like Ex Machina, Under the Skin, and even WALL-E.

Wednesday's screening will feature Scott's final cut of the film, which attempts to correct some of the edits tacked on by the studio for its initial release. If you haven't seen Blade Runner since the Reagan years, expect a gloomier ending and a more complex assessment of the film's central character. If you're new to the movie, expect to see something that directly inspired the Hollywood landscape you currently inhabit, only approached from a slower, creepier, and more thoughtful perspective than usual. – Dan Schank