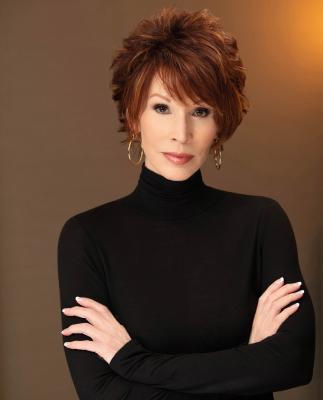 Recently, I had the opportunity to interview New York Times best-selling author, Sandra Brown. For those that might not be aware, Brown has penned over 70 books, and sold 80 million copies worldwide, that have been translated into 34 languages. Some have even been made into television movies.

Brown had just published a book called Blind Tiger [what speakeasies were called during Prohibition] and, more importantly [to me anyhow], the namesake of my startup beverage company. Blind Tiger is a somewhat obscure term, one that was mainly used 100 years ago. As such, it seemed unusual that two women, from two different parts of the country, would launch two completely different projects – albeit, at the same time, under the same name. As such, I had to reach out to her.

Although I didn't really expect to connect, I sent several messages through her Instagram account that went unanswered.  Then one day a few weeks later, I had an email pop up from her with the subject line "Blind Tiger."

"Hello, Rebecca! I'm just now seeing the messages you sent on Instagram! So sorry for the delay in replying. I'm not an Instagram pro! Far from it."

Sandra Brown didn't owe me an apology. She didn't even owe me a response. But I was appreciative to have received one and of course had to make the best of it – so I pitched a variety of ways to collaborate and one of them was to interview her. And although it only took a short time to talk with her by phone, to write an article about a prolific writer is a little intimidating to say the least. Yet, on a cool and cloudy Friday afternoon in September, we spent over thirty minutes discussing the start of her career, what brought her to where she is today – and moreover, the inspiration behind her most recent piece.

"The reason I even began writing was because I got fired." In 1980, Brown was working for an ABC affiliate in Dallas as an on-air contributor to a magazine show known as PM Magazine. "One day, the group came through and wanted to replace everybody with fresh new faces. I was disappointed but had to start looking around. I loved being a wife and a mother, but I had to have my thing too."

Her husband reminded her that she always wanted to write fiction and it seemed to be the perfect opportunity to do so. "I didn't know I could do it, but I really wanted to, so I started attending writer's conferences and buying books on how to write fiction."

Brown submitted several manuscripts, but received rejection notices. "At the invitation of a published writer, I attended a conference at the University of Houston. There, I met a woman at a cocktail party that owned an independent bookstore." This woman was also a librarian in a previous life. "She had the ear of many editors in New York and said to me that night, "when you get a manuscript you're happy with, send it to me and I'll let you know what I think."

A few months later Brown took her up on her offer. It was then sent to an editor that was interested in a new line of romances - one who would ultimately purchase her manuscript.

And then the next four.

Brown started writing for other romance lines under different names. "I was writing under four names. I knew if I wanted to expand out of genre writing I wanted it to be under my own name.

"I started writing Blind Tiger during Covid. I was in South Carolina finishing up the final draft and revisions of another book and ended up getting stuck there." At the time she couldn't fly home and didn't want to drive across the country alone, back to Texas, where she calls home. "I was there for two months."

She didn't know what she was going to write about next, but she knew given the current state of affairs, it had to be about a a different place and time.

"The first thing that popped up was Prohibition." The more she researched the more intrigued she became. "Prohibition had become law in January 1920, the same year women's suffrage was ratified. At the time there was a "me too" movement and we had a "me too" movement and they had just seen the end the Spanish Flu." All these things were too familiar to her. "I realized we were going through the exact same thing."

She pitched the idea to her editor. "I didn't want to write about anything contemporary – if I'm looking for an escape then readers are looking for one too. What if I wrote a historical thriller – that in 1920 would have been shocking?"

She began the actual writing in June and turned it in in March of 2021. "I generally write a total of four drafts – but I can rewrite a scene 20 times or more. In manuscript form, Blind Tiger was about 150 pages longer than her previous books. "Most go in somewhere in about 450 pages and this one was 600 pages." It took a lot more research. "So much of our vernacular is from the last 50 years. Going back 100 years was so different."

While researching, Brown came across the term "Blind Tiger." "It just popped out at me. I knew I had my title."

Since she has published the book, the response has been overwhelming [aside from it immediately making the New York Time's best-seller list]. "When I started Blind Tiger, I couldn't "wait to get to work every day" and the story unfolded on its own – without much help from me. With each book I've always tried to do something I have never done before. It keeps me from getting bored. If I get bored, my reader is going to get bored. I'm constantly challenging myself."

One thing most don't realize is that during Prohibition, it was thought that women bootleggers outnumbered men five to one. And as is fitting to history, Brown's Blind Tiger Protagonist is a strong, independent, and creative woman. She's bound and determined to dictate her own life and goes toe-to-toe with the good ole' boys in that arena.