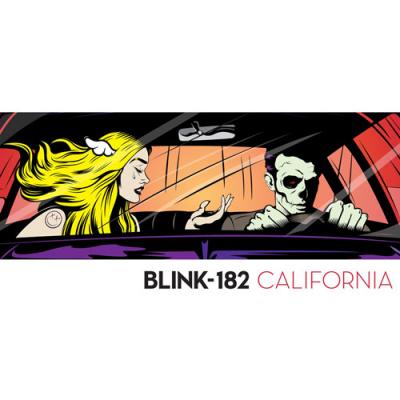 Some things aren't for us, and that's alright. The"us" here happens to be anyone over the age of – what's it again? – 23. To the right person, California might be an important record. Some of us are old enough to remember when an album called Enema of the State went quindecuple platinum, back in an age when someone could sell 15 million CDs. Since then, guitarist Tom DeLonge has exited the band. The identifiable nasal sneer that made "All the Small Things" famous has been traded in for the morose, idiosyncratic baritone of Alkaline Trio's Matt Skiba. Mark Hoppus and Travis Barker form the familiar remainder of the group. Skiba's presence is felt in tracks like "San Diego" and "No Future." Hoppus' adolescent sense of humor is in full force for the mini-tracks "Bohemian Rhapsody" and "Built This Pool." The band does one thing well though, and it's hard to deny. They make catchy pop punk. Even as cringeworthy as some of the lyrics get (just try listening to "She's Out of Her Mind," I dare you), the songs get stuck like darts in your brain. – Nick Warren