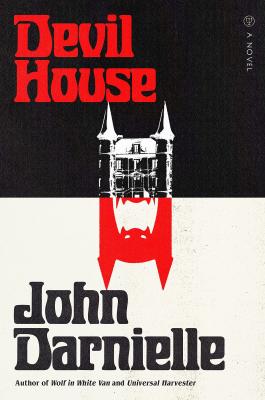 ohn Darnielle is an accomplished guy. As the frontman of The Mountain Goats, an indie-punk band with a very loyal cult following, he has recorded 20 albums over a 30-year period. His music always had a narrative flair, exploring the challenges of adolescence, alienation, bullying, and domestic abuse in relatable terms. In fact, that relatability briefly turned a 20-year-old song titled "No Children" into a viral TikTok trope last fall, introducing his work to a new generation of disaffected Zoomers.

In the late aughts, Darnielle added "writer" to his resume. His novels mirrored the themes introduced in his music, namely loners with extremely specific interests who find themselves in dangerous situations. His latest (and most ambitious) work Devil House is no different. It centers on a successful true crime writer who agrees to purchase a home where a grisly murder occurred decades earlier to properly immerse himself in his latest work of nonfiction.

But Devil House has more on its mind than the typical exploitative page-turner. Set in the real-life town of Milpitas, Calif., it examines gentrification on the outskirts of Silicon Valley during the tech boom of the early aughts. And as a metacommentary on "true crime" as a genre, it asks necessary questions about the ethics of stirring up other people's dirty laundry — even as its protagonist lays out a clear moral code as he attempts to do so.

In our era of tiger kings, "favorite" murderers, Epstein sleuths, and homegrown "evil geniuses," Devil House adds a necessary moral reckoning to the zeitgeist. If you find yourself attracted and repulsed by the true crime genre simultaneously, Darnielle's novel may help you work out your issues. — Dan Schank