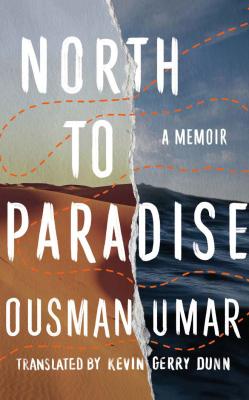 When Ousman Umar began the incredible journey that would change him forever, he only had one goal in mind: to find a better life.

Born the son of a shaman in a small Ghanaian village, Ousman had luck on his side from the start. After his mother died in childbirth, it was customary to leave the child for dead because it was assumed that they were cursed. However, his father's position of power in the community allowed him to save his son, becoming the first of many lucky circumstances Ousman would experience in his life.

While he grew up in a good community with support and care, he was always dreaming of bigger things. At the age of 12, he set out on what would be a perilous journey north that many young Africans — many of whom do not survive — take in search of better circumstances. His travels would ultimately take him on a five-year trek through the Sahara desert; the cities of Accra, Tripoli, Benghazi, and Casablanca; and eventually across the Mediterranean Sea to Europe.

Once in Europe, Ousman faced further troubles: he found himself living on the streets of Barcelona and begging for work. The better life he had so often dreamed of seemed far out of reach, until the kindness of a stranger set off a series of events that would prove to him that he had made the right decision all those years ago.

Translated from the original Spanish by Kevin Gerry Dunn, North to Paradise by Ousman Umar is a riveting, eye-opening, and ultimately heartwarming story that will make readers think: of how lucky we are to live the lives we do, of how unfortunate it is that so many African children choose to make this harrowing journey, and of how wonderful it is to hear of a happy ending for Ousman Umar, a kid who dared to dream.