Ernest Cline's latest tries and fails to level up 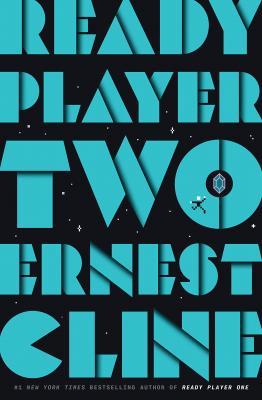 Before Stranger Things and the cinematic remake of It touched upon how fun nostalgia can be, Ernest Cline wrote a science-fiction novel that essentially made nostalgia the plot, Ready Player One. In it, the reader follows protagonist Wade Watts, as he and his friends navigate their way through the VR simulation known as "The OASIS," created by the late James Halliday. In the OASIS, our heroes attempt to solve an Easter egg hunt that relies solely on knowledge of 1980s pop culture to win and gain control of this simulation. Imagine Willy Wonka's golden ticket contest drowned in pop culture references and set in an idealized version of The Matrix. The story caught the attention of director Steven Spielberg (whose films are referenced in the text), and it was quickly adapted to screen in 2018. Both the book and film received a fair amount of criticism for their writing, overreliance on allusions, and heavy-handed attempts at diversity.

In late November 2020, Ernest Cline released a sequel novel, Ready Player Two which contains a similar contest to the first, only this time, takes place in an even more dangerously immersive VR experience that has potential to kill its users. This book also seems to be Cline's attempt to respond to the criticism Ready Player One received. Where Wade originally worshiped James Halliday for creating a safe haven for nerds and those who wished to forget the dystopian future they lived in, this book has Wade realize how socially inept, disturbed, and obsessive the man was. Where characters of different races, genders, and sexualities felt like shallow tokens and offensive stereotypes before, these characters are given more to do, and our protagonist relies on their ability and knowledge to help him win the contest.

Unfortunately, Ready Player Two still suffers from one very big flaw — at the end of the day, it's all about Wade. Cline is so wrapped up in trying to convince readers that his characters are redeemable, and that he as an author is self-aware enough to reflect that, that the stakes feel low as the clock is literally ticking.

Furthermore, he has no clue how to handle the other now more fleshed-out, diverse characters. So as a result, he either kills them off or conveniently has them leave the picture to do something else. Also, their lives and what makes them different are all described and commented on in relation to how it affects the protagonist. Lastly, the references to movies, video games, and music are more of the focus than the actual story. Paragraphs upon paragraphs are dedicated to every minute detail of the world, and the actual tasks the characters have to accomplish take up a sentence, maybe two. Cline definitely cared what people had to say about his writing, but he hadn't the foggiest idea how to fix it.

It's a shame, because the concept of a book being told through nerdy pop culture references resonates with many individuals, and there are some undeniably entertaining parts of the book like an entire quest on a planet dedicated to the work of John Hughes. However, Ready Player Two is physical proof of what many have said, "execution matters more than the idea."