Book Review: When We Were Young 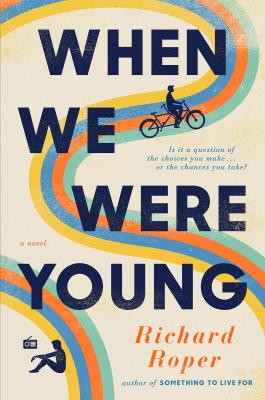 As teens, Theo and Joel were inseparable, sharing secrets and long afternoons in their small English village. One afternoon, they vow to one day complete the Thames Path, a 184-mile trek that would take them along the River Thames from the start in their town all the way to London. But then, a fateful night at 16 years old leaves Theo and Joel reeling, destroying their friendship.

More than a decade later, Joel is a successful television writer with more than one dark secret and Theo is nursing a broken heart while living in his parents' back shed. They haven't talked since they were 16, but when Joel shows up on Theo's 30th birthday suggesting they finally do the Thames Path, Theo has some tough decisions to make.

With curiosity getting the better of him, Theo joins Joel on the trek, wanting to know why his old friend has suddenly reappeared out of the blue. What follows is a heartwarming, funny, and tragic story of lost time, the power of friendship, and how the years can slowly disappear and bring you right back to where you started.

There's something so vivid about Roper's writing that it feels less like reading and more like watching the story unfold right before your eyes. Each character — from Theo and Joel to Theo's younger sister and Joel's actress girlfriend — is so well-written that it is easy to imagine them off the page and in real life.

Joel and Theo both have their share of flaws, which only seems to make them more charming as time goes on, with each revealing who they were and who they have become as time passes. Both carry their own unique quirks and idiosyncrasies that make them leap off the page, allowing readers to fully immerse themselves in the lost friendship.

Often hilarious and at times heartbreaking, When We Were Young is a fantastic new book that will leave many of us wishing we could turn back time on the friendships we may have neglected over the years and start over again with those we enjoy most.
— Ally Kutz