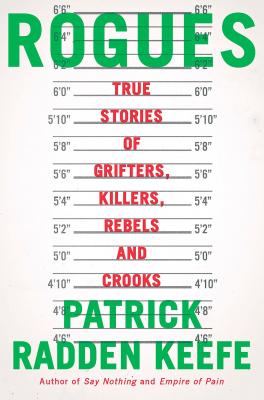 In the world of investigative journalism, Patrick Radden Keefe is arguably one of the best. With a number of awards for nonfiction writing under his belt, Radden Keefe's newest collection Rogues is a compilation of his finest.

The works assembled in this publication — all stories from his years at The New Yorker, where he is a staff writer — highlight the talent and aptitude Radden Keefe has for in-depth writing. Each story pulls you in from the go, intricately weaving these true tales into something that can often feel stranger than fiction.

The distinctiveness of these works is in the wide array of subjects they address. The overarching theme is that of rogues — as the book's full title states, Grifters, Killers, Rebels and Crooks — but each story presents something vastly unique to stand out.

Rogues features 12 of Radden Keefe's best works, covering personalities with mysterious motives ("A Loaded Gun," "Did Ken Dornstein Solve the Lockerbie Bombing?") and lovable rogues ("Anthony Bourdain's Moveable Feast"); those who make a living off being criminals ("How a Notorious Mobster Was Exposed by His Own Sister," "The Hunt for El Chapo") and the ones who defend them ("The Worst of the Worst").

The care and precision with which Radden Keefe writes can be seen throughout his work as he brings to life the human aspect needed in connecting with a story. By the end of it all, you'll be wanting more.