Station Eleven: Surviving the end of the world: Shakespeare, music, and love 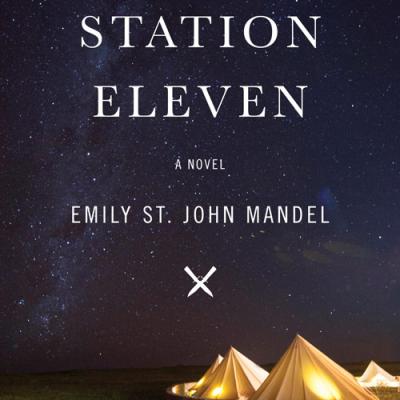 Station Eleven had me at sentence one: "The king stood in a pool of blue light, unmoored." The sound and rhythm alone made me a believer: Those four "oo" syllables, the soothing "l" sounds, the confident cadence, the way "unmoored" darkens the tone, lullaby suddenly portent – and what a portent!

On a typical winter night in Toronto, a small company stages King Lear. It's Act 4, "the mad scene," everything solid and certain gone for good. The famous actor playing Lear stumbles over a line, then another, then collapses from a heart attack. Over the next 20 pages, the Georgia Flu explodes "like a neutron bomb over the surface of the earth," killing within a couple of days 99.9 percent of the world's population.

Over the next 20 pages, the Georgia Flu explodes "like a neutron bomb over the surface of the earth," killing within a couple of days 99.9 percent of the world's population.

From then on, this intricately plotted, post-apocalyptic nightmare ranges back and forth across the 60 years straddling "Year Zero," its five protagonists linked first by chance and ultimately by love: The actor, Arthur Leander, who gathers and discards friends and lovers with a casual cruelty he often mistakes for good intentions; Clark Thompson, Arthur's best friend; Miranda Carroll, his second wife; Jeevan Chaudhary, a paparazzo, turned entertainment journalist, turned EMT; and Kirsten Raymonde, a child actress at the start of the novel and its conscience by the end.

Although some chapters take place in Manhattan, Toronto, or British Columbia, the bulk of the action unfolds as Kirsten and the Traveling Symphony make a circuit between Traverse City, Michigan and the Ohio border, playing classical music, staging Shakespeare, scrounging for food and shelter, and, in the novel's final third, confronting horrors I don't have the space or inclination to divulge because I want you to experience this soulful, melancholy, finally uplifting novel yourself.