Massachusetts' Born Without Bones step up to show Erie what they're about. 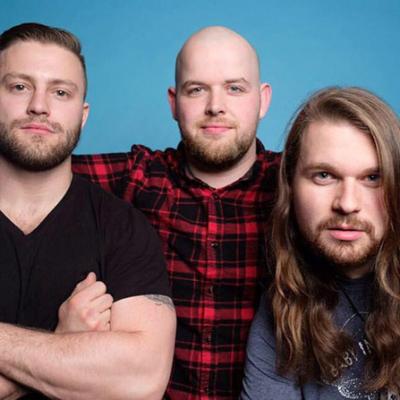 Basement Transmissions' Floor Punk shows have become a staple of Erie's underground music scene, flaunting local talent and exposing touring acts to new faces more intimately than they could on the main stage. This time, Massachusetts' Born Without Bones step up to show Erie what they're about.

Born Without Bones' most recent release, Baby, showcases the band's distinct style, a fusion between early Fall Out Boy-esque pop punk and grunge rock, the former being more prevalent in their 2012 album Say Hello. It's evident on Baby how much the band has matured and grown in their songwriting, most noticeably on the tracks "Rough Terrain," which manages to somehow be both darker and upbeat at the same time (a theme across the album's entirety), and "Slow Motion," a song with a chorus so catchy it would fit right in on a Buzz Ballads compilation, had it only been written 20 years earlier.

Touring with BWB is Save Face, from New Jersey. Save Face's style is very comparable to their tour mates', perhaps only exchanging their slightly darker edge for a more melodic sound, on their latest album Folly.

Local opening acts for the night are Meadville's Archway, Erie's Mallory Run and acoustic artist Josh Travis. Archway is hot off new their new release, Crossroads, while Mallory Run returns for a hometown show, after touring other cities surrounding the Great Lakes.

I may have said this more than a few times by now, but I can't stress enough how important it is to come out to smaller shows and support local and touring bands to keep the scene alive. Of course, it helps a lot more when the bands are as great as they are for this show. – Tommy Shannon