Brockhampton sound a lot stranger on paper than they do on record. 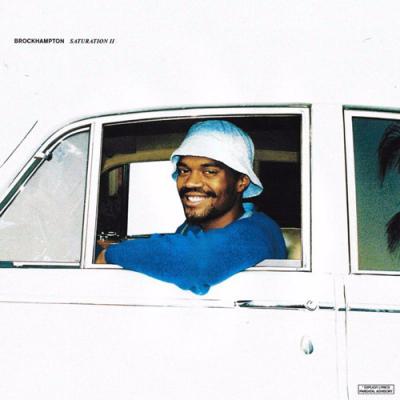 Brockhampton sound a lot stranger on paper than they do on record. Self-described as an "all-American boy-band" led by hip-hop artist Kevin Abstract, the collective employs seven different creators (be they rappers, singers or producers) of varying races and sexual orientations. That last bit is important solely due to how large of a part it plays in their music. "Why you always rap about being gay?'/'Cause not enough n*ggas rap and be gay," Abstract declares on "Junky," the lead single from the collective's second album of the summer, Saturation II. The song is one of Brockhampton's strongest yet, with members Abstract, Ameer Vann, Merlyn Wood and Matt Champion tip-toeing across an eclectic Danny Brown-esque beat. As a whole, Brockhampton is already getting plenty of comparisons to the now defunct Odd Future, but Brockhampton sets themselves apart by avoiding Odd Future's re-appropriated hate speech and bending the space between hip-hop, R&B and pop – sometimes all within the same track ("Summer"). Put simply, within their first year of existence, Brockhampton holds the potential to be the future of hip-hop. We'll know more when they drop Saturation III, also slated for release before the year's end. ­