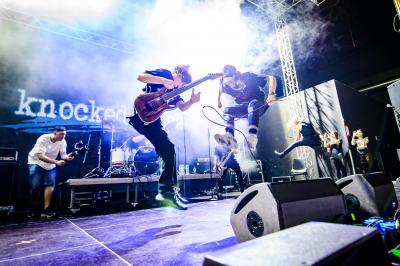 Knocked Loose, one of the most hyped-up bands in heavy music today, is coming to Erie, playing alongside local and regional favorites at Basement Transmissions.

The Kentucky-based hardcore/metalcore quintet made a name for themselves with their debut EP Pop Culture in 2014 and quickly gained ground by touring with the likes of The Acacia Strain, Counterparts, and Expire. The band's 2016 full-length album Laugh Tracks brought them to greater heights faster than anyone expected, and they're showing no signs of slowing down.

Ashtabula's Homewrecker, one of the region's hardest-working bands, takes the second spot on the bill. Their latest album, Hell is Here Now, released earlier this year on Good Fight Records. The record feels reminiscent of late '80s/early '90s death metal, while still maintaining the contemporary thrash roots that brought the band to where they are today.