A recent landmark decision by the Supreme Court could have changed the way we watch TV. But it didn't. 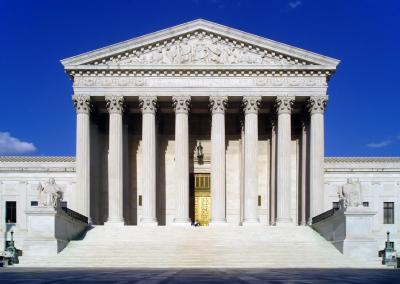 It's fair to say that I have never agreed about anything with the collective wisdom of Samuel Alito, Clarence Thomas, and Antonin Scalia. Until now. That's because on June 25, 2014 the Supreme Court ruled against Aereo, in favor of over the air broadcasters, in a 6-3 decision with the aforementioned justices dissenting.

Aereo is a tech startup backed most notably by Barry Diller, the man responsible for bringing the FOX Broadcasting Company to the air in the 1980s.

For $8 a month the service allows users to access over the air content - programming you would watch at home with a basic antennae - by streaming it to their mobile devices. Unlike the DVR you get from your cable or satellite provider, Aereo had the ability to capture all over the air broadcast content using warehouses full of dime sized antennas, making the entire broadcast  directory available to subscribers as either a live stream or on demand service.

This wouldn't have been possible before American broadcasting's conversion to digital transmission in 2009. There simply wasn't much content provided over the air during the days of analog transmission. The digital transition, however, gave broadcasters additional channels on which they could provide content and drive revenue. In major television markets, like New York City and Los Angeles, there are more over the air channels than you might find in a basic cable package.

Here's the problem. While the war against Aereo has been waged primarily by broadcasters, the principal threat posed by Aereo is to cable and satellite providers. The networks would have found a way to monetize their content through advertising revenues based on Aereo's metrics. The cable and satellite providers, already feeling pressure from the cut-the-chord movement - would not have fared as well.

In the High Court's decision - authored by Justice Stephen Breyer - it concluded that Aereo looks like and operates like a cable company and therefore it falls under the federal Copyright Act. In other words, Aereo must pay for the retransmission of copyright content.

In their dissent - authored by Scalia - the originalist three essentially said that simply saying that  Aereo looks like a cable company doesn't necessarily make it so. The technology, the dissenters argue, has outpaced the original intent of the Copyright Act.

Instead of a service like Netflix, which carefully curates content for its viewers - "performing" a function that infringes upon copyright material - Aereo acts more like a library card, empowering the subscriber to enact the record and playback functions of the service, essentially choosing content from a shelf full of offerings. Aereo performs no action and therefore the broadcast networks have no proper claim to copyright infringement, Scalia says.

In the end Scalia concedes that he does not approve of Aereo's business model, but that "the Court's ad hoc rule for cable-system lookalikes is so broad that it renders nearly a third of the Court's opinion superfluous."

Although Barry Diller has declared the Aereo war unwinnable, the real losers here are consumers. They remain beholden to the excessive fee structures of our nation's cable monopolies - primarily Comcast and Time Warner - that provide kickbacks to the broadcast networks for their content. Aereo would have toppled that long-standing paradigm and forced all the big players to rethink the way they do business. The Big Boys would have been unhappy while they tried to figure out their next move, but everything would have worked out fine in the end. But then again, why dabble in progress when the status quo works so well.