The Entertainment Collective is bringing another huge show to Basement Transmissions. 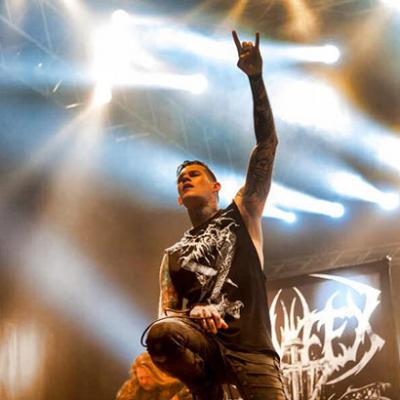 The Entertainment Collective is bringing another huge show to Basement Transmissions, this time with the metal stylings of Carnifex, Rings of Saturn, Lorna Shore, and She Must Burn.

San Diego deathcore quintet Carnifex, whose name is Latin for "butcher" or "executioner," stands out from the typical deathcore crowd with their use of piano and keys. This is most prevalent in the song "Slow Death," wherein the keys bring the heavy guitars to an abrupt halt and change the tone of the song to something more eerie, menacing, and artful. After a brief hiatus in 2013, Carnifex has come back with two more studio albums, Die Without Hope (2014) and Slow Death (2016), both of which reached the top 100 on the U.S. album charts as well as top five on the U.S. hard rock charts.

From the San Francisco Bay Area comes Rings of Saturn. The band's extreme technical style could be considered a fusion between heavy metal and math-rock (or mathcore, if you want to be a genre Nazi), while they jokingly call themselves "aliencore." The avant-garde style has worked well for them, though, as their latest album Lugai Ki En peaked at number 126 on the U.S. Billboard 200 chart.

The rest of the bill consists of Lorna Shore, She Must Burn, and the only local act of the night, Obelus. Don't miss this great chance to see some excellent national and local metal acts, to bang your head, and to have a great time. – Tommy Shannon