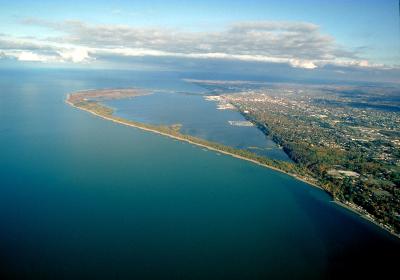 In a letter to NOAA's Administrator, Dr. Kathryn Sullivan, Casey called for the designation which would protect over 400 shipwrecks, lighthouses, and ancient shorelines throughout a 2,500 square mile area in central Lake Erie. Preserving the area is key to the region's economy both in terms of the shipbuilding and tourism industries.

"Lake Erie and Presque Isle are a key part of Northwestern Pennsylvania's natural beauty and the economy," Senator Casey said. "Designating these areas as a marine sanctuary would protect these vital natural resources for generations to come. It's critical that NOAA move forward on this."

Casey's letter also attempted to address concerns about the impact that the marine sanctuary designation might have on economic traffic in Erie harbor. "The Port of Erie's thriving commerce and ship building industry are vital to the region's economy," Casey said. "The ongoing projects performed by the U.S. Army Corps of Engineers (USACE) within the proposed marine sanctuary waters, including dredging the Erie Harbor and operating in Open Lake Sediment Placement Areas, are critical to the region's manufacturing and commerce industries...Erie's harbor and federal navigation channel have not been found to contain any of the ship wreckage that would be preserved with a national sanctuary designation."

Casey asked that his letter be included in the official record of the application. The establishment of a marine sanctuary is one of the more than 40 recommendations of Emerge 2040.