Samuels brings his discography to Erie 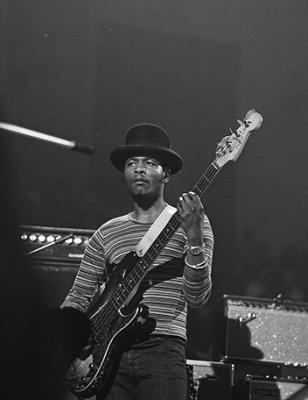 From his early days in London, Samuels soaked up the sounds of Muddy Waters, Count Basie, and mainly other influential artists. As he grew up, the self-taught bassist had a medley of inspiration to draw from, including blues, reggae, calypso, classic rock, and folk.

By the late 1960s, Samuels was part of The Sundae Times, the first black power trio in the United Kingdom.

Spanning into the 1970s and beyond, he played with Crosby, Stills, Nash & Young (CSN&Y) during the time of the Kent State University shooting, laying down the beat to one of the most powerful Vietnam War protest tracks, "Ohio."

After touring with CSN&Y, Samuels toured alongside Stephen Stills in the band Manassas.

At the end of the 20th century, Samuels mastered the bouzouki, a long-necked Greek instrument similar to the mandolin. This can be heard in pieces he wrote, recorded and produced, such as "This Train Still Runs" (1998), "Love Don't Taste Like Chicken," (1999) and "Organic Blues" (2000).

After battling significant health issues, Samuels came back better than ever, releasing his album, "Island Breeze" in 2015. "Island Breeze" and "Organic Blues" are highly acclaimed blues albums that highlight the authentic blues and heartbreak Samuels lived through.

8 p.m. to 10 p.m. // The event includes the performance by Samuels, as well as refreshments and great spirits // $15 ticket fee // For tickets, visit https://artlore-studio.ticketleap.com/calvin-fuzzy-samuels-live-at-artlore-studio/.