CDC Gets Heavy at BT 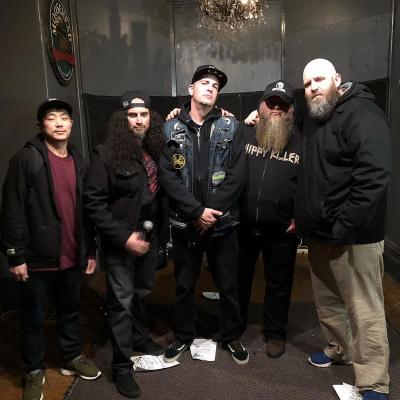 Some of the heaviest bands from the corners of our neighboring states will converge in Erie for a beatdown hardcore matinée at Basement Transmissions.

From the Philadelphia area, CDC (an acronym that could mean a number of different things depending on who you ask, but most commonly cited as "Cool Dudes Chillin") gained a notorious reputation for their chaotic live shows during the mid- to late-2000s, but lightened their tough guy image with a distinct sense of humor. CDC laid mostly dormant for a few years after the release of their 2009 EP Burn, but returned with their latest EP, End, in 2015. Now the band is back in full swing, stacking up tours across the US, as well as Asia, Europe, and Africa.

Next on the bill is Borrowed Time, from Rochester, N.Y. This trashy, metallic hardcore outfit didn't follow up their 2005 No Escape From This Life album until 2014, with the three-track EP Captive Soul. But they didn't lose anything to time, as that and their 2016 EP Poisonous Grace are just as heavy as ever.