Celebrate 10 Years of Songwriting with Ed Randazzo and Friends 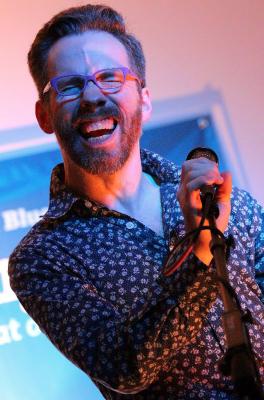 Soulful blues singer and songwriter Ed Randazzo will be making his Erie debut at Artlore Studio, where fans and friends will be celebrating the release of Who's That Man: Collected Songs 2008-2018. Despite a storied career under his belt, the artist says this collection of odds and ends could be an excellent place to start for those unfamiliar with his work.

"It's a well-rounded collection that represents all facets of myself as an artist," says Randazzo. "These songs are the very best of where I've been, where I am now, and hints of where I may be heading."

Originally hailing from the Scranton/Wilkes-Barre area, Randazzo has gained favorable comparisons over the years to legacy acts like Bob Dylan and Leonard Cohen. Randazzo is skilled at reflecting his environment in his music, lending his performances a certain everyman charm with his low, gravelly voice.

"This music is saturated in Pennsylvania's history. Sometimes the influences are subtle, and then at times, they are very much in the forefront. The people and the industry of Pennsylvania are indeed alive and honored in my work in one way or another."

Spending time with Stephen Trohoske — the first musician Randazzo met upon relocating to Erie — it became clear that the pair would collaborate sooner rather than later. Trohoske proposed the introductory show, and Randazzo felt honored to perform in a space he described as "living and breathing."

As for the next 10 years, Randazzo seems content with spending a little time in the rearview. But he also makes a compelling case for songwriters continuing to write, as long as they have something to say.

"I'm in a very reflective place and having fun looking back," says Randazzo. "For me, being connected to the past is important. It's all exciting to me. And I look forward to the next 10 years in whatever ways they choose to present themselves, in making music or otherwise." — Aaron Mook