Charles Brown will celebrate the release of his new EP, The Evaluation 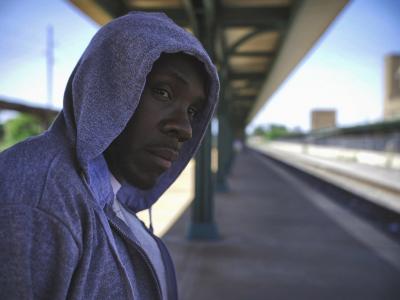 This weekend, Charles Brown (formerly known as C.Brown, local hip-hop artist and contributor to this publication) will celebrate the release of his new EP, The Evaluation, with a free performance and release party at Kings Rook Club. The Evaluation is Brown's third EP and sixth project overall.

"It differs from all of my other works because it's my first self-produced installment," says Brown. "I made all the beats and recorded myself rather than having an engineer record me. All songs were recorded right at home in my dining room."

Performing with Brown will be a live band filled with Erie all-stars, including Ralph Reitinger, Eric Brewer of Eric Brewer & Friends, and Ken "Stix" Thompson. While Brown has performed against a backing track in the past, he also has a history of collaborating with some of Erie's finest artists, and feels this particular backing band will bring a special groove to the show.

"Over the years, I've ended up playing with bands such as Teatime For Three, This American Song, the Erie All-Stars, Galactic Duo, etc. They all believed in me and felt like it would be a great opportunity to work with one another. The feeling is mutual. And I don't think there is anything wrong with performing with backing tracks seeing that I have done that for most of my 'career' — if the music is right, the people will listen — but you definitely can't go wrong with a live band. That's a different type of energy. "

As most artists will tell you, consistent growth is key, and Brown has a simple tagline to offer when it comes to his upcoming project:

"This new CD is for everyone because we all need to take a look into ourselves and I believe that we're all fighting an unseen war." — Aaron Mook