Celebrate Depravity with Human Delusion and Friends at Basement Transmissions 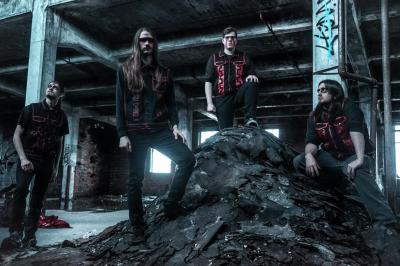 Saturday, Jan. 5
Let's get one thing straight about that headline — if the concept of celebrating depravity strikes fear into the hearts of showgoers everywhere, fear no longer, as Depravity is the debut full-length from local quick-riffers Human Delusion (formerly Primal Scream Therapy). The band fully intend on bringing their unparalleled penchant for theatrical metal to Basement Transmissions to lionize the album's release, but of course, they'll have to get by with a little help from their friends.
Joining Human Delusion on stage this coming weekend are peers The Impurity, SLAP (Sounds Like a Plan), Crimson Shrine, Shattered Utopia, and the impeccably named Gelatin Skeleton. Doors open at 5:45 p.m. and music is set to begin promptly at 6, when new-school hardcore harbingers Shattered Utopia intend on inspiring the night's very first mosh pit. As the show progresses, so will the genres accounted for; SLAP is set to deliver the prog-rock infused groove-metal largely featured on their EP On the Cob, while Crimson Shrine, the deathcore giants behind the Blood Offering EP, will be performing their very first show on the BT stage.
Metal acts from near (814-core Gelatin Skeleton) and far (Buffalo, New York's The Impurity) will be also be in attendance, all in the name of pushing brand new tunes and supporting the first studio LP from local favorites Human Delusion. It's hard to go wrong with a show this stacked, so purchase your tickets while they're still available and don't miss out on one of 2019's first bangers at Basement Transmissions. — Aaron Mook
5:45 to 11 p.m. // 145 W. 11th St. // $10 Pre-sale, $12 Doors // facebook.com/basement.transmissions