Celebrate Life and Love with a Reggae Dance Party

Spiritual Rez, a reggae band that promises to "shake a stage like a psychedelic dance earthquake." 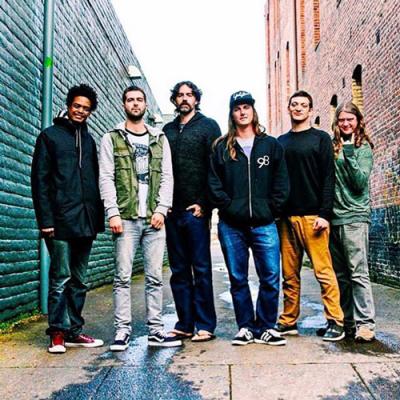 Spiritual Rez, a reggae band that promises to "shake a stage like a psychedelic dance earthquake," will perform in Erie for a CD release party at the Kings Rook Club on Saturday, Nov. 19.

On their latest album, Setting in the West, which was released in early October, Spiritual Rez worked with Kenny Carkeet, a founding member of AWOLNATION, to combine their "high-energy reggae sound" with "edgy contemporary pop." The album includes story songs, love songs, and songs with this specific message: "Follow your dreams and never give up."

"Determination has always carried us as a band," band member Toft Willingham says. "After college, we were homeless for four years, just touring nonstop, committed to never giving up. To have made it this far doing what we love and not see an end in sight is a testament to hard work, but above all, it's a blessing."

The album's final track, "Digital Age," expresses the band's "desire to progress," and encourages listeners to embrace change rather than fear it.

Other performers at the Rook will include popular Erie-based bands Six Year Stretch and Hamilton. Six Year Stretch offers a mix of alternative, pop, and rock. Hamilton, performing in the upstairs lounge as part of the after-party, is a cover band influenced by artists like Otis Redding, Bill Withers, John Mayer, and Dave Matthews. – Tracy Geibel