Learn more about regional brewmasters and microbrews at the Erie Micro Brew Fest. 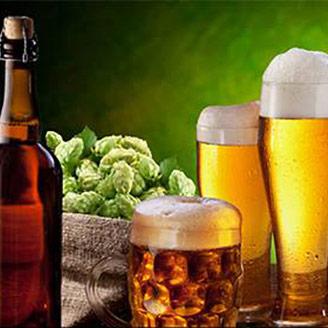 Excellent craft beer and Erie have become synonymous, particularly with the opening of so many small, local breweries. Whether you're a Lavery fan, always at Millcreek Brewing Company, or have a taste for Erie Ale Works, local beer is diverse and appeals to many tastes. And the ideal way to learn more about regional brewmasters and microbrews is to head over to the Erie Micro Brew Fest on April 8 at the Brewerie at Union Station.

Now in its 10th year, the festival has certainly earned its designation as Erie's Original Craft Beer Fest, and it offers plenty of opportunity for patrons to get their sample on. The VIP session kicks off at 12:15 p.m. and runs until 4 p.m. Sampling session 1 begins at 1 p.m. and continues until 4 p.m., while session 2 runs from 5 to 8 p.m. In addition to entering the Micro Brew Fest 45 minutes early, VIP guests will also receive a free souvenir glass to take home. All those aiming to learn more about locally-produced beers might want to bring a notebook. This year, there will be 30 microbreweries present including the aforementioned, plus Southern Tier Brewing Company, Straub Brewery, Victory Brewing Company, Robin Hood Brewing Company, Five & 20 Spirits and Brewing, Rusty Rail Brewing, and many more.

Not up for drinking? The festival welcomes designated drivers to rein in their thirsty friends, but also to experience the atmosphere and learn. Tickets are available at a discount for those getting behind the wheel. Because responsibility is key, y'all. – Miriam Lamey