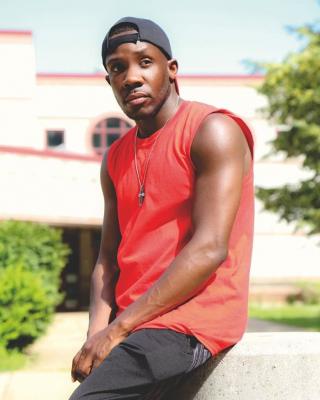 David Desin
Erie MC Charles CEE Brown is poised to debut his new album *Sunset at the King's Rook Club on Friday, Feb. 7. Joining him in this hip-hop feast will be Brandi FRESCO Carlini and Profound.

A sunset is a mesmerizing sight to see, but what if it could be translated to sound? CEE Brown (Charles Brown) will answer that question with the CD release party of his 17-track album titled, Sunset, The Charles Brown Production.

This will be CEE Brown's first performance since the start of the new year, so after his small break, he is ready to conquer the stage as he has many times before. The new year has inspired Brown to compile an album of old and new tracks that will take listeners on a walk down memory lane.

"I'm trying to catch people up to speed, because there are many who aren't familiar with my catalog or don't have the songs that they enjoy at my shows. Instead of moving forward, I decided to go the other direction because the older material has to be heard and cherished too," Brown explained.

As for the compilation's title, Brown noted that "I used that title to honor my mother who has passed away and to close a chapter of my life as an artist. After this, I plan on taking a brief hiatus to figure out a way to come back stronger."

Brandi "FRESCO" Carlini and Profound (Jarrod Groves) will warm up the stage with their own lyrical hip-hop rhythms. Like the Presque Isle sun, you won't want to miss these sets.