Chita Rivera to Perform as Part of a Mercyhurst University Milestone

Mercyhurst University will celebrate its 20th anniversary by kicking off the extra-special lineup with Tony Award-winning Chita Rivera. 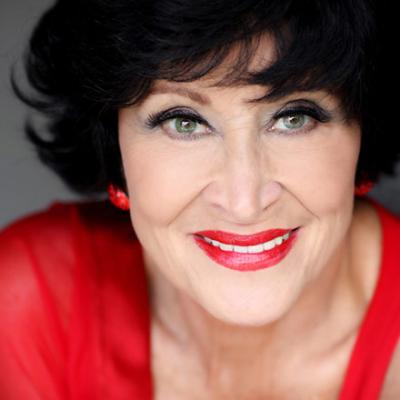 The Mary D'Angelo Performing Arts Center at Mercyhurst University will celebrate its 20th anniversary for the 2016-17 season. Kicking off the extra-special lineup is Tony Award-winning Chita Rivera, whose unique solo performance, Chita: A Legendary Celebration will take place on Friday, Sept. 16.

The Mary D'Angelo Performing Arts Center at Mercyhurst University will celebrate its 20th anniversary with Tony Award-winning Chita Rivera kicking off this season.

Rivera was last at Mercyhurst in November of 2013, where she held an onstage conversation about her career and experience. More recently, she appeared on Broadway in The Visit, the final John Kander/Fred Ebb/Terrence McNally musical, which opened on April 23, 2015.

Her performance at Mercyhurst will feature numbers from West Side Story, Sweet Charity, Chicago, Kiss of the Spider Woman, Bye Bye Birdie, The Rink, and The Visit. The show will also feature the music of Leonard Bernstein, Charles Strouse, Jerry Herman, and Stephen Sondheim, and attendees will be treated to a special Kander/Ebb tribute.

Since this is a special year for Mercyhurst, an esteemed and exciting lineup has been booked. Here's a sampling: Theatergoers should save the date for April 11, 2017, as playwright and actress Anna Deavere Smith will perform a series of monologues in "Reclaiming Grace in the Face of Adversity." Plus, this year's artist-in-residence program will provide a home for Rani Arbo & Daisy Mayhem, a folk quartet from New England who will be performing and working with the Erie community. – Miriam Lamey