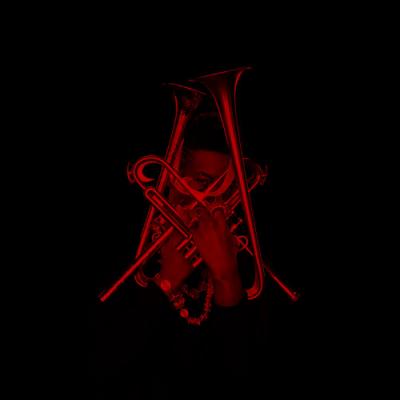 Jazz has been around a while — 100 years, if we're marking its recorded history (the Dixie Jass Band's "Livery Staple Blues" — so long ago they didn't even know how to spell "jazz!") Although there's plenty of tradition to look back on now, jazz has traditionally been forward-thinking. Trumpeter Christian Scott aTunde Adjuah embraces this dichotomy on The Emancipation Procrastination, the third and final entry of his Centennial Trilogy. Despite paying homage to a century of jazz, Adjuah prefers to call his work "stretch music." Like young contemporaries Robert Glasper and Kamasi Washington, Adjuah rejects narrow musical definitions, questing for sounds that are "out there" — at least according to stodgy jazz purists. "AvengHer" booms with the 808 bass of trap music, as skittering snares and double-tracked trumpets float over the rumbling foundation. Washed-out guitar lends "Ashes of Our Forever" something of a postrock vibe, while "Cages" melds jazz with a classical influence. The standout here, though, is "The Cypher," a beautifully noir ballad where Adjuah and fellow soloists Elena Pinderhughes (flute) and Braxton Cook (saxophone) turn loose over lovely piano arpeggios and a solid beat.