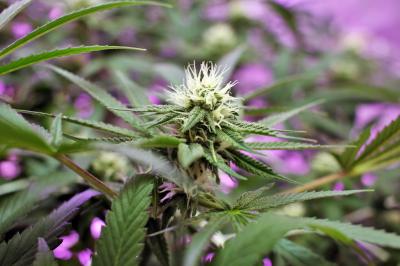 Aram Varitan
City Council recently passed a measure to decriminalize possession of small amounts of cannabis (30 grams or less), reducing the penalty from a criminal misdemeanor to a summary civil offense (e.g., like a speeding ticket).

On behalf of Erie Keystone Progress, we congratulate Erie City Council for approving a reform in our local drug laws. On the evening of Wednesday, January 17, Council voted to reduce possession of small amounts of marijuana from a criminal misdemeanor offense to a summary civil offense. As a result, persons in Erie found to possess 30 grams or less will be subject to a ticket and a fine, but will not be subject to a jury or indictment. They will not have that civil violation be part of their record. The scarlet letter is removed which prevents good people from employment and entering the armed forces. This step by Erie City Council is a small step in the right direction.

This is one of the early steps that need to be taken to stop the reefer madness.

Marijuana is not a gateway drug to other drugs, and there never has been empirical evidence to support this fear. Remember, correlation does not imply causation. The use of marijuana for recreation does not carry the same dangers or health-threatening effects that the use of alcoholic beverages does. Marijuana is not associated with violence as the use of alcohol is. Nine out of 10 recreational marijuana users are happy folks who simply love to laugh and eat. I used marijuana regularly for four years in my college days, but ceased using it in favor of my preferred drug, red wine. I know people of all ages from teens to seniors who use marijuana safely and responsibly — to relax, socialize, and have fun.

Pennsylvania has already joined the national trend in our country to legalize marijuana for medical purposes. Eight states and the District of Columbia have legalized marijuana for recreational use. These states include West Coast states like Alaska and Washington, and East Coast states like Maine and Massachusetts. It includes Colorado where Denver remains the "Mile High City." There are municipalities that have instructed their police not to arrest people for the possession or use of marijuana. In Pennsylvania, the cities of Pittsburgh, Harrisburg, and Philadelphia have passed laws which decriminalize marijuana possession in varying degrees.

Decriminalizing marijuana will not only save good, non-violent Pennsylvanians from paying huge fines or going to jail, but it will be a boost to our economy. It will likely create thousands of full and part-time jobs, as it already has in the places here where it has been decriminalized. One study by Leafly determined that 150,000 jobs have already been created in the U.S. by the legal marijuana production-sales industry. Legal marijuana will fill state tax revenue coffers, help our legislators balance the state budget, and find needed money for public education and environmental protection.

Are there any hazards to using marijuana? Sure. If you use large amounts of it chronically, you are likely to suffer attention deficit issues and a lack of motivation. If you drive a vehicle while intoxicated, you are not a safe driver and are a danger to others. Inhaling smoke of any kind, especially regularly over a long time, can put you at risk for lung damage. Compare this risk of overusing marijuana with the risks of excessive alcohol use: becoming an alcoholic, liver damage, kidney damage, drunk & reckless driving fatalities, anger management issues, etc.

We can and should have age-appropriate drug laws for marijuana use as we do for alcohol. Let there be a legal age limit (18 or 21). We urge our state legislature to wholly decriminalize not only the possession, but the production, sale, and use of marijuana.

We tried prohibition of a popular drug before for in our country, for 13 years in the early 20th century. It did not work, but did create the violence of organized-crime bosses like Al Capone. Prohibition did not work for alcohol, and it will not work for marijuana. It only turns otherwise decent citizens into criminals and fills our jails with non-violent offenders.

Dr. Corbin Fowler is an active member of Keystone Progress and a professor of philosophy at Edinboro University. He can be reached at cfowler@edinboro.edu