City of Gold Explores the Underground Cuisine of Los Angeles 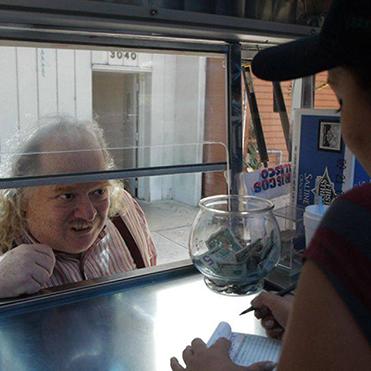 It's tough to think of an American city more unfairly maligned than Los Angeles. Part of the problem is that the clichés about it are mostly true – there really are a lot of shallow, sunburnt Hollywood types whispering New Age mantras to themselves while stuck in traffic.

But the city's dizzying array of pastel-colored shopping centers also harbors a vibrant and astonishingly diverse food culture. LA isn't just a great place to be "audited" by a Scientologist – it's also a real hotspot for spicy Thai soup, Oaxacan mole enchiladas, and Salvadoran pupusas.

Laura Gabbert's 2016 documentary City of Gold takes us to some of the city's most delectable (and underappreciated) kitchens. Our tour guide is Pulitzer Prize-winning food critic Jonathan Gold, whose travels on behalf of the Los Angeles Times are as likely to take him to a hole-in-the-wall beside a 7/11 as they are to a five star restaurant. Gold combines the anti-elitist curiosity of an Anthony Bourdain with the agreeable demeanor of a Mario Batali (whom he slightly resembles).

The documentary offers a glimpse of the multifaceted (and multicultural) metropolis that is too often edited out of LA's master narrative.

Just as the strongest episodes of Bourdain's No Reservations are often about culture and community in addition to cooking, City of Gold is as smitten with Los Angeles as it is with a hot bowl of Korean soup. The documentary offers a glimpse of the multifaceted (and multicultural) metropolis that is too often edited out of LA's master narrative. There are few things as nice as being shown around a new city by someone who knows where to go. If you can't hop on a plane, City of Gold is the next best thing for food loving adventurers. – Dan Schank