Where her music was once marked by it's quirky lo-fi aesthetic, it now rests comfortably in the realm of tastefully polished soft rock and R&B. 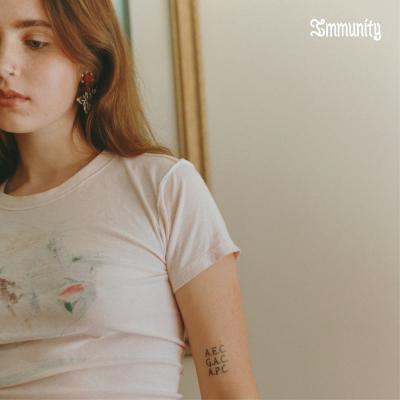 Clairo is an Internet success story if there ever was one. Born out of bedroom pop and DIY music videos (a la Mac DeMarco), the burgeoning songwriter's debut studio album, Immunity, finds her upgrading in nearly every aspect imaginable. Where her music was once marked by it's quirky lo-fi aesthetic, it now rests comfortably in the realm of tastefully polished soft rock and R&B. Not unlike Bon Iver's self-titled masterpiece, Immunity succeeds in being seamlessly transitional, representing a significant change in Clairo's artistry but still belonging uniquely to her. Pre-release single "Bags" chugs along with the same nostalgia as Smashing Pumpkins' "1979," while songs like "Sofia" and "Softly" bring an undeniable sensuality along with their knockout pop sensibilities. The production here is stunning but never overbearing, helmed by Rostam [Batmanglij] and a team of indie specialists (including drums by Danielle Haim). Someday, Immunity may be seen as an event record, a collection of anthems about love, sexuality, and growing up dedicated to the millennials and gen-z's who grew up with Clairo as their Liz Phair.