Cleaner Air: Who Wants It?

The Environmental Protection Agency is about to tighten the National Ambient Air Quality Standard (NAAQS). 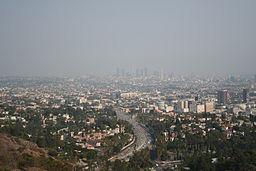 What's in a number? The Environmental Protection Agency is about to tighten National Ambient Air Quality Standard (NAAQS) for ground-level ozone (smog) from a current 75 ppb (parts per billion) to 65 ppb (actually a range from 65-70 ppb).

Sound great, right? In a way, it is. But if you ask, the American Lung Association and the American Association of Pediatrics, the EPA could be doing much more. Organizations such as EarthJustice and the Sierra Club agree.

These groups, and others, are advocating for a further tightening to 60 ppb, based on the more than 1,000 studies that have been conducted since 2008, the last time the EPA strengthened the standards.

So why isn't the EPA following the advice of its own scientists, the Clean Air Scientific Advisory Committee (CASAC)? Business, that's why. In 2008, when the 75 ppb standard was set, the EPA ignored CASAC that was then already saying that the 75 ppb number was too high. In 2011, the EPA attempted to tighten standards but backed down after loud protests from businesses that questioned the science and objected to the cost of meeting the standard.

In 2013, the EPA was supposed to review the 2008 standards again – a requirement of the Clean air Act -- but missed the deadline and was sued by EarthJustice on behalf of the American Lung Association, Environmental Defense Fund, Natural Resources Defense Council and the Sierra Club. That suit was finalized just last year when the U.S. District Court ordered the EPA to make a new proposal by the end of 2015 and finalize new standards by October of this year.

Businesses started calling foul even before the new proposed standards were issued, saying it will tank the fragile economy. Read the National Association of Manufacturers' position here.

When the EPA did announce a new standard in November of 2014, it chose to play it safe by proposing the 65-70 ppb standard, rather than the 60 ppb. A comprehensive study conducted by CASAC in 2013 concluded that the current NAAQS 75 ppb is not protective of human health. The study also noted that the EPA is still using a one-pollutant-at-a-time study approach, and strongly suggests it switches to a study model that analyzes various pollutant types "synergistically," to see how they interrelate with one another.

There is, however, still time to try to convince the EPA to buckle down and set the standard at 60 ppb if you agree with it. In its press release it said that the "EPA is proposing to strengthen air quality standards to within a range of 65 to 70 parts per billion (ppb) to better protect Americans' health and the environment, while taking comment on a level as low as 60 ppb."

The comment period ends March 17. Go here to let them know what you think the standard should be.

If you want to know more about your own local air quality and other environmental issues, the EPA has a website where you can search by city, county, or zip code.

When Congress passed the Clean Air Act in 1970, it did so to protect human health in the face of smog-laden cities. Shouldn't the government's first priority still be the welfare of the nation's citizens and not the health of its businesses?