Cloud Nothing // "Here and Nowhere Else"

A heavy-hitting torrent of guitar, deeply resonating bass, and a maelstrom of drum slaps.

by Alex Bieler
View ProfileFacebookTwitterInstagramGoogle+RSS Feed
April 2, 2014 at 7:15 AM 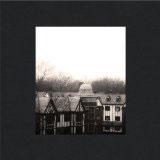 Here and Nowhere Else

2012 was a big year for Dylan Baldi and Cloud Nothings. The band's breakthrough album Attack on Memory showed a wonderfully raucous side of a band previously known for fun pop tracks, and people took notice. Most importantly, however, Baldi himself began to believe in his abilities. "I've just slowly become more confident as a songwriter and comfortable making a song that sounds like something that I would like," Baldi said for a 2013 Erie Reader interview, and that newfound confidence certainly comes across in Here and Nowhere Else, Cloud Nothings' latest studio album. While the album lacks the primal desperation that fueled Attack on Memory, Here and Nowhere Else makes up for it with a heavy-hitting torrent of guitar, deeply resonating bass, and a maelstrom of drum slaps. By the time the album standout "I'm Not Part of Me" finishes the half-hour set in rousing fashion, you'll be more than happy that Baldi's here to stay. — Alex Bieler