by Nick Warren
View ProfileTwitterInstagramRSS Feed
March 1, 2017 at 10:30 AM 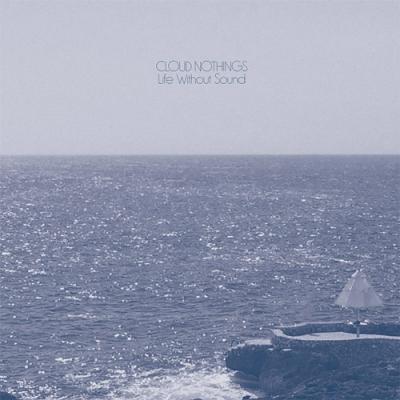 Cleveland's Cloud Nothings return for Life Without Sound. With this new effort, the quartet, led by frontman and songwriter Dylan Baldi, have managed to avoid any major nosedives in quality. While this album may not reach the heights of 2012's Attack On Memory, it won't disappoint the band's fans. Known for their aggressive punk and indie rock sound, the band now finds itself crafting tunes with a heavy powerpop influence, more in the tradition of Dinosaur Jr. or Bob Mould. Absent are lengthy, gradually building, fiery jams. The record is not devoid of power, it simply comes in shorter, brighter bursts, as heard at the end of "Up to the Surface." From the beginning of the band's career, fuzz and chaos have been traded increasingly for distinct melodies and articulated riffs. It's a much more positive record than previous works. Tracks like "Modern Act" have a tightly contained pop punk energy, Baldi's vocal delivery a controlled slur. The final track, "Realize My Fate," is by far the rawest of the album's nine tracks, buzzing with a dark, dangerous haze. – Nick Warren