Erie Playhouse tackles issues like gentrification, race, and the impact of housing in a given community. 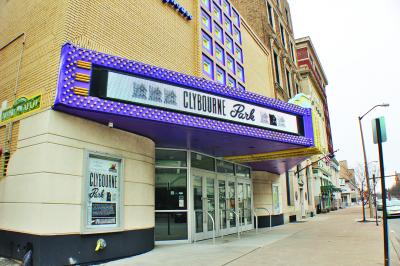 The next show at the Erie Playhouse tackles issues like gentrification, race, and the impact of housing in a given community. Set in 1959 and 2009 Chicago, this play spans 50 years over the course of two acts. When asked what she hoped audiences would take away from the performance, Marketing Director for the Erie Playhouse Carolin Lynn spoke of these themes at length. "My hope is that audience members see that issues like "white flight" and "gentrification" — terms NOT used in the show but very much topics in the air — have human faces." Lynn anticipates that some audience members may walk out of the show due to profanities, but those who stay will witness the mirroring of the first and second acts. While not the first time this show has been performed in Erie, this is the first time Clybourne Park has been fully staged — giving the Erie Playhouse an opportunity to showcase their typical aptitude for spectacle. "The house in this show is a major character. It's a modest living space in the '50s and it has gone through some major decline in the ensuing 50 years. That change has to happen in the space of the intermission. The original design was created by our scenic designer, Christine Daugherty, but she went on maternity leave at the pivotal moment of execution, so the actual construction has been taken over by Julie Lokahi, who will also be the stage manager in charge of making the transformation happen each night. She has a larger-than-usual crew for this show to assist her, as the changes go all the way down to the walls and floors. The transformation process will happen in full view of the audience, so I think they will appreciate how major a change it will be," said Lynn. The Erie Playhouse is also partnering with the Jefferson Educational Society for a series of lectures, the first one being "How Theater Can Teach Us: What Erie can Learn from Clybourne Park." More information about this event can be found on the JES website. — Michael Haas

How Theater Can Teach Us: What Erie can Learn from Clybourne Park

4/10/2018 from 6 PM to 8:30 PM
Rainbow Gardens, 220 Waldameer Park Rd., Erie, PA
A spin-off of 1959's A Raisin in the Sun, Clybourne Park, as the Washington Post puts it, "applies a modern twist to the issues of race and housing and aspirations for a better life." What can Erie...
Erie PlayhouseCarolin LynnChristine DaughertyJulie LokahiJefferson Educational Society