Come To Your Senses: Take the 2020 Census 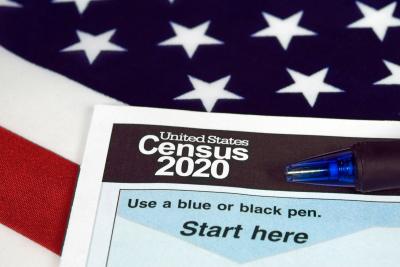 Attention, everyone. The United States is taking its decennial roll call. Raise your hand if you'd like to be the beneficiary of billions of dollars worth of federal funding!

Census Day 2020 arrives Wednesday, Apr. 1 with only about 40 percent of Erie County residents having self-reported their household data. Local government officials, including City of Erie Mayor Joe Schember, are imploring citizens to log onto My2020census.gov and raise that number significantly before that deadline passes. After this date, census takers will contact households individually, as well as administrators of facilities that house large groups (colleges, prisons, senior centers, etc.) to try to fill in the gaps.

Why is it so vital to take the census? Because 2020 Census data will be used for the next decade to determine federal funding allocation — that is, how much money goes where, and to whom. Census data informs over 300 federal programs — including Medicaid, Federal

Pennsylvanians cost themselves over $1,500 a person in Medicaid coverage alone in 2015 by underrepresenting themselves in the 2010 Census, according to a study by George Washington University's Andrew Reamer. If Erie undercounts itself in 2020, the community will lose a projected $1.06 billion in funding for schools, neighborhoods, infrastructure, health care, housing, parks, and public safety. As the city attempts to recover in the aftermath of COVID-19, every federal aid dollar will count.

So do the right thing for yourself, your neighbors, and your community and take the 2020 Census. It will take no more than 10 to 15 minutes out of your scheduled Netflix programming.

Said Joe Schember in an interview with Ben Speggen this February:

"An important thing people need to know is that there are nine questions in the census, that all the information is kept totally confidential for 72 years, and there are three ways you can do the census. You can do it by phone; you can do it electronically; or you can fill out a form and mail it in. So you never have to talk to another person to complete the census."

Unless you don't self-respond, that is.

TAKE THE CENSUS at 2020census.gov