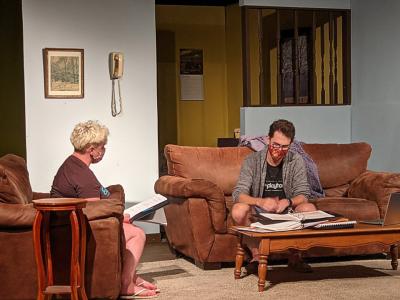 For many, Confluence will likely hit close to home. The new play by Zach Flock follows Jo, a woman in her 30s who is at a crossroads in her life. With her marriage coming to an end, dissatisfaction in her career, and a global pandemic occurring, she is struggling to make sense of it all.

A spontaneous trip to her childhood home - where her mother and brother are both dealing with issues of their own - brings about a whole new struggle for Jo as she deals with familial problems that have been set aside for years, unearthing traumas of the past.

The writing of Confluence originally began in 2019 with plans to be set in fall of the same year, with table reads taking place just weeks before the entire world shut down due to the COVID-19 pandemic. The project was then shelved for a time, Flock (who serves as Dramashop's artistic director) said, because "between Dramashop pivoting to online productions and just the overall weight of the world, I didn't want to write."

"I never really stopped thinking about it, though," Flock said. Toying with the idea of keeping the original setting or placing it elsewhere in time, Flock eventually decided to place it mid-pandemic in January 2021 at the suggestion of Dramashop's associate artistic director Alaina Manchester.

"There's this feeling in the play of being kind of stuck in place, of time standing still," Flock said. "Much of the pandemic has felt that way, but if you think back to the period between the Jan. 6 attack on the Capitol and the Inauguration on Jan. 20, the country was in this bizarre, unprecedented moment. These were uncharted waters and for a lot of people, the uncertainty was overwhelming. I wanted to capture that moment, in part because of how that impacts the characters, but also because I think it's important for us to remember and reckon with that moment in our history." 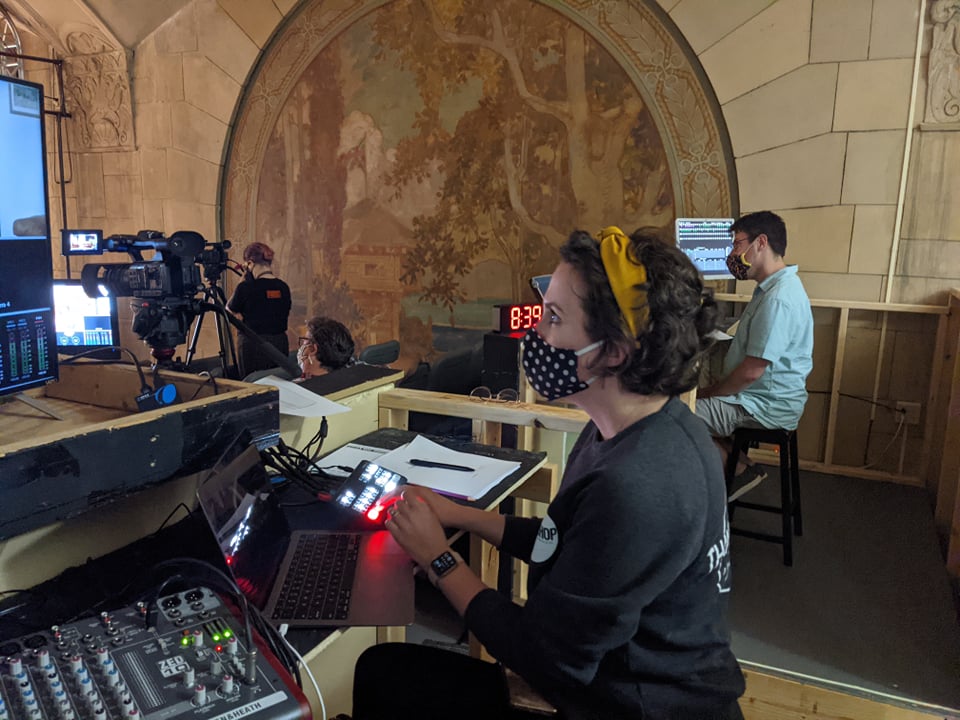 Set squarely in the pandemic, it feels fitting that the production is being broadcast via livestream online. When asked his opinion on the shift from in-person performance to online, Flock said, "I think we found ways to really embrace that delivery method rather than see it as an obstacle. Is it the same as watching live theater in person? Of course not. But it's not 'less than,' it's just different."

Flock also feels the director and cast will bring the production to life: "They bring so much to the table. You could give them the worst script in the world, and this group could spin it into gold. Playwriting is such a vulnerable process, but in the hands of this company, I feel surprisingly at ease." – Ally Kutz

Livestreaming Friday and Saturday, Sept. 10 and 11 at 8 p.m, available on-demand from Sept. 15 through Oct. 1 // Tickets available at dramashop.org/confluence