Congressional Cowardice and the Lessons of History 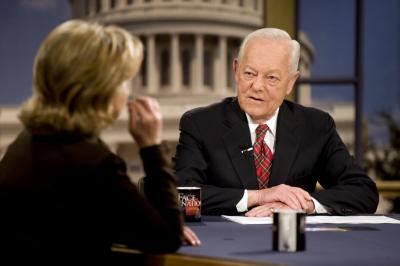 In an era when most of us would rather get our news and commentary from Jon Stewart and John Oliver rather than Brian Williams and Charlie Rose, it's refreshing to hear a veteran of "mainstream media" give us an honest and sharp commentary on the state of affairs in the nation's capital.

This Sunday on CBS's Face The Nation, Bob Schieffer delivered an indictment of the culture of blame and cowardice that has overtaken the halls of Congress.

Schieffer reflected on the political culture in Washington during the first half of the twentieth century after watching Ken Burns's 14-hour documentary connecting the lives of America's three most prominent Roosevelts: Theodore, Eleanor, and Franklin.

Schieffer noted that in spite of the political vitriol in the era of the Roosevelts, politicians made radical and even courageous decisions in the face of national adversity and political challenge.

This Congress, Schieffer asserts, possesses none of those characteristics.

"The latest example," he said, "When Congress approved arming the Syrian rebels, they stuck the legislation in a bill that also provided money to keep the government from shutting down. That way, if arming the rebels turns out to be a debacle, Members can say, 'I was never for arming the rebels; I just voted to prevent a government shutdown.'"

Indeed, this Congress - and the previous Congress - are collectively the least productive legislative assemblies in the history of our country. Even in previous eras when the executive and legislative branches were led by different parties - Reagan Republicans vs. O'Neill Democrats in the 1980s, Clinton Democrats vs. Gingrich Republicans in the 1990s - the Congress passed three times more legislation and its members owned their decisions.

Read Shieffer's full commentary and, if you can find it, watch the wise old man make his case. After all, he's been in Washington since Kennedy was assassinated. Once in a while, we need that kind of perspective on the state of national affairs.