Considering the City and County: September 14, 2016

Waiting on a Train. 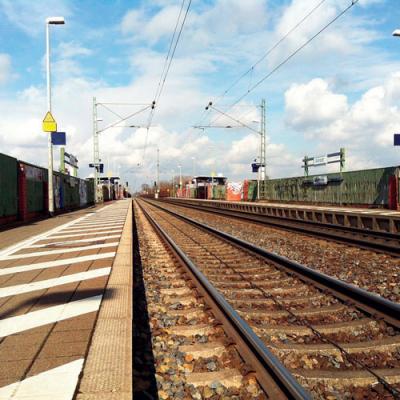 The journalist, transportation expert, and Albion native, James McCommons, says that "America has a passenger system suited to a third-world country."

For much of the past century, the U.S. has poured billions of tax dollars into massive highway systems instead of investing in public transit. Like any addiction, the more you feed it, the more the needs of our automobiles grow.

As Joni Mitchell sang, "they paved paradise, and put up a parking lot." Charles Buki, in his 2016 Comprehensive Plan, Erie Refocused, noted "recent development on the Bayfront ha[s] featured an abundance of … parking which cannibalizes prime waterfront sites."

Forty-four years after Mitchell's song was a hit, Erie is still paving paradise.

Ignoring the success of progressive planning in other revitalized cities, many of Erie's leaders dismiss the idea of improved public transportation, especially high-speed rail, as a hippie proposal. The fact that Amtrak can't support itself financially is tossed out as a conversation-ending condemnation.

Ignoring the success of progressive planning in other revitalized cities, many of Erie's leaders dismiss the idea of improved public transportation, especially high-speed rail, as a hippie proposal. The fact that Amtrak can't support itself financially is tossed out as a conversation-ending condemnation.

But McCommons explains that "the idea that Amtrak has to make money is a false notion" (emphasis mine). McCommons says, "no passenger rail system in the world makes money." Instead, he proposes that safe and convenient rail service, like quality public education, should be funded via taxes because it is a "public good."

Noted investor and author Roger McNamee offers another rationale. In his 2009 Huffington Post blog, he writes that the U.S. must invest trillions in a multi-decade plan to upgrade our "second rate" public education, power grids, cellular grids, and transportation systems. Without this intervention, McNamee says these systems will decline to third-world status, subjecting the entire U.S. economy to the decline experienced by auto manufacturers.

McNamee adds, "Strategic investment in infrastructure produces a foundation for long-term growth." His words are featured in the new Emerge 2040 plan which is built on the multi-year Destination Erie community project.

One Emerge 2040 principle encourages the "transition to efficient, coordinated, and sustainable infrastructure systems." Anna Franz, director of Emerge 2040, comments that participants "from all corners of Erie County … want to be better connected via transit within Erie County and outside of it."

Thanks to All Aboard Erie (AAE), the Erie region has a voice in multi-state and national planning for a U.S. high-speed rail (HSR) system. AAE is an "advocate for improved transit options, especially high-speed rail." AAE Executive Director Brian Pitzer explains that "it's not all about fast trains, it's equally about transportation's capacity to transform a region driven by the innovative economic development that accompanies high-speed rail."

Pitzer, AAE Assistant Director Julie Minich, and the AAE board have developed an HSR vision. They are actively raising funds for a $25,000 HSR study for a route connecting Erie and Pittsburgh. Conducted by Maryland-based Transportation and Economic Management Systems, the study is an important step in bringing HSR to our region.

Another step in making HSR a reality here is to create a tangible vision we can share. To that end, at the Aug. 22 AAE meeting, Pitzer unveiled a first draft of the AAE-commissioned map by David Edmonston showing Erie connected regionally to places like Union City and nationally to places like New York City. Pitzer also reviewed major donations from FirstEnergy Foundation and the Erie County Government, a pledge from the Erie Community Foundation, and recent commitment of $3,000 from an anonymous Pennsylvania-based foundation. Pitzer reported that this new $3,000 pledge will be honored once AAE reaches $20,000 of its $25,000 goal. Luckily, thanks in part to a Kickstarter Campaign guided by Mercyhurst University's Kris Wheaton, AAE is halfway there.

McCommons believes that "America is probably going to take the step to bring back rail in a serious way." Pitzer agrees, saying that once Florida unveils its HSR system in 2017, more states are going to embrace HSR. And encouragingly, Franz says Erie residents recognize that a "strong public transportation system advances economic development and quality of life goals."

During our conversation, Pitzer mentioned Bill Welch (1940-2016), a committed environmentalist who served as a founding board member of All Aboard Erie. Pitzer recalled a road trip to Cleveland with Welch to witness a ceremony acknowledging improvements at the city's Amtrak station. Pitzer considers Welch "a tireless visionary for his environmental ideals" who made the journey because "any improvement to rail in Cleveland would eventually have an impact here in Erie."

Pitzer knows that "no one is going to hand HSR to us – we have to do the work ourselves." He believes "we will have high-speed rail when enough people in Erie want it."