Considering the City: Former Milwaukee Mayor and Author of the Wealth of Cities John Norquist Comes to Erie

John Nordquist, former Milwaukee mayor and author of The Wealth of Cities, comes to Erie. 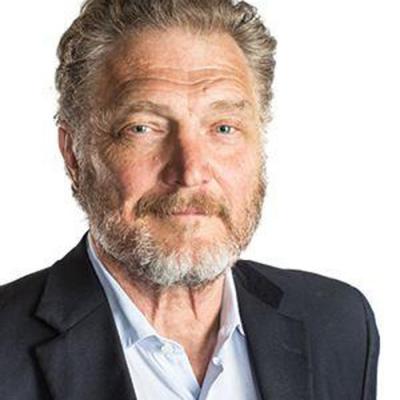 John Norquist has some good news about cities.

As mayor of Milwaukee from 1988 to 2003, John Norquist reduced property taxes while controlling the budget, demolishing a freeway, promoting light rail, and initiating reforms in education and welfare – all of which fostered a revitalized, less-impoverished city.

One reviewer of Norquist's 1998 book, The Wealth of Cities, noted that Norquist believed that U.S. cities are "on the verge of a renaissance." Norquist noted that cities have always "fostered civilization" and "provided environments" for the "creation of markets and wealth."

Almost two decades later, Erie's rebirth has yet to fully arrive. Perhaps Norquist can offer some advice on how we can take greater responsibility for managing Erie's future, when he presents during Preservation Erie's Greater Erie Awards and hosts a Q&A Thursday, April 30.

To start the conversation early, let's observe five natural advantages to cities that Norquist outlines in his book.

Transportation: Due to urban density and transit options, Norquist writes that cities "reduce the time and costs" of "moving people and products" through "intricate grids of streets, alleys, and sidewalks that allow easy access of workers to jobs, suppliers to producers, customers to shops, firms to markets, diners to restaurants, worshipers to churches, moviegoers to theaters, and so forth, by foot, bike, cars, bus, trolley, or train."

Labor Exchange: Norquist posits that, "Cities are the fastest and most efficient places for workers to get the jobs they really want and for businesses to find the employees they need to succeed."

Consumption: Norquist writes, "In cities, consumers are close to an amazing variety and concentration of goods and services, everyday necessities" and "occasional purchases" and even "works of art."

Capital Allocation: Norquist notes that proximity allows "urban entrepreneurs to see more than their rural counterparts," and he lists traditional information exchanges including the local newspaper's business section alongside "rotary clubs, chambers of commerce, trade organizations, banks, pawnshops, government think tanks, university groups, health clubs, golf courses" as helping "money find the paths of greatest potential." In an age when work can be performed via computer, Norquist notes that "creative people need to see each other" and that cities naturally foster face-to-face interactions.

Education: Norquist explained, "the size, diversity, and density of cities create a natural advantage attractive to consumers of education" and he believes that "school choice can allow cities their natural advantage in education."

But Norquist's insight — which Erie can learn from — goes beyond just The Wealth of Cities.

During the decade after he stepped down as Mayor, Norquist served as CEO and board chair of The Congress for the New Urbanism, the leading organization promoting walkable, mixed-use neighborhood development, sustainable communities, and healthier living conditions via livable streets arranged in compact, walkable blocks; a range of housing choices to serve people of diverse ages and income levels; and schools, stores and other nearby destinations reachable by walking, bicycling, or transit service.

Erie City seems to have stalled. There is a general sense of low expectations about Erie and a great resistance to trying something new. Many of Erie's teachers, postal workers, police, firefighters, transit workers, and city administrative staff live in the suburbs. Boards of our regional authorities are populated with suburbanites. Even the director of Erie-Western PA Port Authority, and the director of the City of Erie's Department of Economic and Community Development,  live outside the city. As a result, the absence of these individuals (and their families) from the daily life of the city has diminished businesses, schools, churches, and civic institutions. And, too often subu ban perspectives, rather than urban principles, seem to be guiding decisions about the city.

Erie is faced with rising costs of services and pension debt, while simultaneously enduring a reduced tax base to due increases in land holdings by nonprofits. Perhaps Norquist can tell us how he was able to lower taxes while providing necessary services in hopes of addressing Erie's financial concerns.

The 100,000 people living in the City of Erie cannot support the costs of affordable, convenient public transit. In support of commuters and tourists, the city continues to demolish buildings to create acres of surface parking lots or parking decks.

The City of Erie is built on a ridge that rises about ninety feet above Lake Erie — and waterfront access is key. A century ago, railroad tracks ran along the foot of the bluff, delivering and receiving materials and products from the busy waterfront.

In 1913, town planner John Nolen encouraged Erie to make the bay more accessible to residents by building elevated walkways over the rail-lines to connect above existing docks.  Nolen also encouraged connecting major north-south arteries (such as Liberty Street and East Avenue) to the waterfront by digging through the bluff, as has been done on State Street and Holland Street.

In 1989, work began on a Bayfront Highway to connect Interstate-79 to Presque Isle Bay, replacing the waterfront railroad tracks with busy a car and truck highway. It will be important to hear if Norquist believes it is important to consider some of these options for linking Erie's street grid to the waterfront.

One-hundred and eighty million dollars was spent building a connector highway through Erie's Eastside to provide a speedy corridor from the suburbs and Interstate-90 to Erie's waterfront. The increased traffic, moving directly to the waterfront, has spurred some waterfront development. But when the East Avenue McBride Viaduct was closed to cars and trucks in 2010, most traffic was diverted away from East Avenue, harming local businesses and neighborhoods. While neighborhood vehicles will be rerouted via a new Buffalo Road and highway interchange, there is a growing coalition in support of maintaining the Viaduct as a linear park and pedestrian overpass.  Since the cost of demolishing the Viaduct (2.3 million) can be reallocated to renovate the Viaduct (3.5 – 4.5 million) – it would be interesting to hear what Norquist thinks about the proposal to retain this vital pedestrian artery — and more at the upcoming presentation in April.

More details at: PreservationErie.org. Civitas members can be reached at their website www.civitaserie.com, via Facebook at CivitasErie, by emailing Lisa@civitaserie.com, or by scheduling a Friday morning meeting at the Civitas office in the Masonic Building, 32 W. Eighth St.