Considering the City: The History and Importance of InnovationErie

How a design competition is creating and shaping local business. 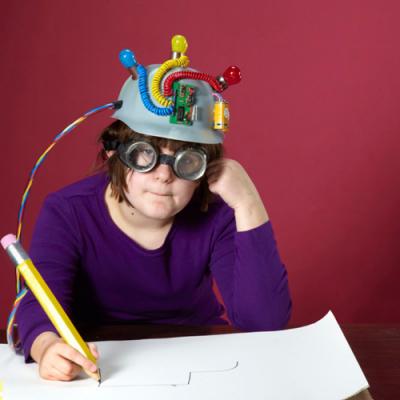 InnovationErie (IE) is a product design competition that has been held annually since 2009 to encourage people to start a business by "making something." Submissions are judged on their usefulness, attractiveness, marketability, and the ease with which the product could be manufactured in Erie.

After displaying their ideas during a summer exhibit at the Erie Art Museum, a grand-prize winner will receive professional services – legal help, manufacturing advice, and marketing assistance – along with $2,000.

IE was born of the (now-defunct) SAM & ED "think-tank" Civitas convened at the Plymouth Tavern. Scientists, Artists, Manufacturers, and Engineers, Designers gathered there with the Director of the Erie Art Museum John Vanco, Edinboro's former Dean of Liberal Arts Terry L. Smith, bankers, attorneys, and others to discuss the region's challenges.

Engineer-manager Mike Yurkewicz, one of the original SAM & ED members, went on to "father" IE after he – and other SAM & EDers – observed that NWPA manufacturing industries are utilized to create parts of products that are sent elsewhere for assembly and sales. Michael Estrich, a business consultant at Decision Associates and an IE volunteer and sponsor, reports that Erie manufacturers provide essential parts for many companies including "Whirlpool, John Deere, and Tesla." While relationships with distant corporations provide a crucial boost to Erie's economy, these businesses are not concerned with Erie's future.

Locally-designed and locally-held patents could minimize manufacturers' dependence (and vulnerability.) Estrich and other IE volunteers believe that if "local manufacturers are able to create new processes and new products," they will have a better chance of being in control of "their own destiny."

Yurkewicz proposed holding a competition to help residents "realize their dreams" and to "make a difference for the local economy." Conscious, too, that the vast majority of new businesses fail, Yurkewicz wanted to help create a process to allow novice entrepreneurs to "fail quick and cheap" so that they could get to work on "their next big idea" to become successful.

IE applicants have submitted ideas for almost two-hundred products, including toys, furniture, a turkey deep-fryer, medical equipment, a car ramp, and a new kind of hairbrush. Attorney John M. Persinger of MacDonald Illig (an IE volunteer and sponsor and member of the 2015 Erie's 40 Under 40) says the "passion and ingenuity" of the contestants is inspiring.

IE's Chairman Jonathan D'Silva, (also an attorney at MacDonald Illig) says cash prizes alone don't ensure success; instead, the IE process "introduces those ideas to other people and organizations that can help." D'Silva is right: almost a dozen new businesses have been formed by IE participants.

Consider Karen Rzepecki, a 2011 IE winner. Rzepecki liked to mix salad dressing in mason jars, but, found it difficult to pour the liquid neatly from the wide-mouthed container. Instead of accepting the drips, Rzepecki designed a pourable cap. Her creative solution has resulted in six jobs at her reCAP Mason Jars business.  Estrich said that, as Rzepecki did, paying attention to a problem is a good way to come up with product ideas.  He explains that most innovations "have simply come from answering the question, "what's bugging you?"

Erie's lack of interest in paying for industrial design reflects what local architect Adam Trott believes is a "lack of a vibrant academic supportive structure" for design. Trott suggests that we should "plant the sense of importance for design" before students leave high school; Estrich believes manufacturing careers should be "promoted more within the schools."

There is local interest in industrial design. Alexa Potter's Streamlining America industrial-design exhibit was so popular it was extended for three months at the Erie Art Museum. More than thirty people attended last month's discussion on "Industrial Design & Erie" organized by Civitas at the museum. Last year, Edinboro University sponsored the first IE "Design Excellence" award, and will offer a $1,000 cash award this year. Edinboro's Vice President Tina Mengine says that university "wants to do its part" in promoting design to help "build our economy and create jobs."

Programs in industrial and product design teach market research, art skills, business, engineering, and manufacturing. Trained industrial-design professionals produce attractive, well-functioning, and well-made products. While our region boasts exceptional college programs in the arts, engineering, and business, the nearest ID program is found at the Cleveland Institute of Art. As D'Silva notes, our universities don't "have the resources or incentives to create industrial design departments." Instead our universities and manufacturers should try organizing workshops, or an Industrial Design Academy to try to fill the void.

Along with SAM & ED members and the InnovationErie volunteers, policy-analyst Anna Scrimenti says that "for Erie to survive" new businesses must be formed and that "InnovationErie is an excellent way" to do just that. Michael Griffith, of the Northwest Pennsylvania Resource Center, an IE volunteer and sponsor, agrees that it is crucial to promote new businesses because, when they are successful, they create jobs.

D'Silva put it another way, "A rising tide floats all boats. The startup of a single business … requires the services and support of other business." Each new business starts a positive "ripple effect" that keeps "people employed in Erie."

Erie has everything it needs to be successful; we just need to "rise up" and "walk" in whatever way our talents lead us. Perhaps that means taking the time to submit an idea to InnovationErie before the May 15 deadline.

After all, what have you got to lose?

Learn more about Innovation Erie at InnovationErie.net. Civitas members can be reached at their website www.civitaserie.com, via Facebook at CivitasErie, by emailing Lisa@civitaserie.com, or by scheduling a Friday morning meeting at the Civitas office in the Masonic Building, 32 W. Eighth St.

Petal Yourself to the Port Farms Flower Festival