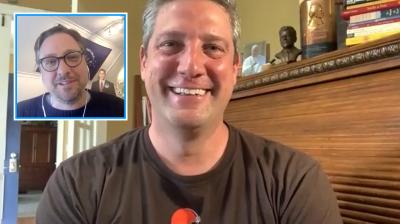 Congressman Tim Ryan (OH-13) knows Erie, Pennnsylvania. He campaigned with Ron DiNicola during his 2018 congressional bid, he spoke at the Martin Luther King Center during  the Erie County Democratic Party Spring Dinner in May 2019 as a prelude to his bid for the 2020 Democratic nomination for President, and it looks a lot like his congressional district in northeast Ohio, which stretches from Youngstown to Akron and borders western Pennsylvania.

Our people are his people.

We spoke last week as video of his impassioned speech on the floor of the U.S. House of Representatives about Republican disregard for America's working class was going viral on social media. At a time when more than 40 percent of people filing for unemployment make less than $40,000 per year, he believes that there's more that the federal government could be doing for those who are our essential workers in this time of crisis.

If the #HEROESAct is a wishlist, it's a wishlist for the working-class. pic.twitter.com/MbjRTSFQHv

We talked about how partisanship in the House and Senate is stifling real progress, midwestern economic values, and what America might look like post-pandemic and post-Trump.